Thousands of truckers and citizens gathered in Ottawa Saturday to protest the country’s vaccine mandates and COVID lockdowns as Canadian Prime Minister Justin Trudeau and his family fled their home for a secret location.

Hundreds of truckers drove their rigs into the Canadian capital city as part of a “Freedom Convoy” to protest against vaccine mandates required for them to cross the U.S. border.

The Prime Minister called the trucker convoy a “small fringe minority” just days before as the group of vehicles extended up to 45 miles long on its journey towards the capitol.

Government officials have not commented on the Prime Minister’s location for security reasons. According to CBS News, the Canadian Parliament’s Sergeant-at-Arms has warned that demonstrators might make their way to government officials’ homes.

According to the Ottawa Citizen, Trudeau’s office said he was continuing to “isolate in the National Capital Region and work remotely.”

Ottawa Police said in a tweet that there have been no incidents at the rally.

Joining the truckers were thousands of protesters flying the Canadian flag, waving banners demanding “Freedom” and chanting slogans against Prime Minister Justin Trudeau. The protestors expressed anger over COVID-19 restrictions as well as broader discontent with the Canadian government.

Coffees, pocket warmers, Tim Hortons gift cards, and homemade goods brought from all across Canada are among the things being disturbed to the truckers.

The truckers say they are here to stay and not leaving until segregation is abolished.

The scene near Ottowa’s Capitol Hill was raucous as hundreds of big trucks sounded their air horns non-stop as they approached the capitol building.

As the convoy drew closer to Parliament, protestors calmly marched while people chanted and banged pots and pans in protest under Trudeau’s office windows.

Philippe Castonguay had driven seven hours from northern Quebec to make his sentiments known. “The vaccination requirements are taking us toward a new society we never voted for,” he told the Ottawa Citizen.

Trudeau said Friday the truckers’ views posed a risk not only to themselves but to other Canadians as well. He described the convoy’s views as anti-science, anti-government and anti-society. 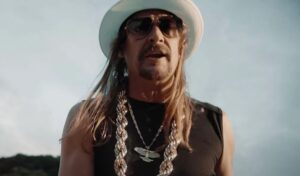