'President Biden's plan to house male and female prisoners together will put women in danger,' says one lawmaker

According to officials, a transgender inmate from Riker’s Island was sentenced to seven years after raping a female inmate while both were held in the Rose M. Singer women’s dorm.

Investigators said Ramel Blount approached a 33-year-old female inmate in the bathroom after she had showered on Feb. 8, 2021. Blount then held the victim down by the back of her neck and raped her.

The victim reported the incident to officials at the facility, and a rape kit was administered. The results matched Blount’s DNA in the New York State Registry.

“Sexual violence against anyone is unacceptable,” Bronx District Attorney Darcel Clark said in a statement.

Blount pleaded guilty to Attempted Rape in the first degree on April 7, 2022. As a result, Blount received a seven-year prison sentence with an additional eight years of post-release supervision. An order of protection was issued for the victim. Blount is also required to register as a sex offender.

The case was prosecuted by Senior Investigative Assistant District Attorney Sheryl A. Konigsberg of the Economic Crimes Bureau, under the supervision of Francis Alberts, Chief of the Rikers Island Prosecution Bureau.

In January, Senator Tom Cotton introduced a bill that would protect female prisoners from biological male prisoners being housed in the same facility.

The Preventing Violence Against Female Inmates Act would stop biological males who claim to be transgender from petitioning for a transfer into women’s prisons.

“President Biden’s plan to house male and female prisoners together will put women in danger,” Cotton said at the time. “Documented cases prove that placing men—including ones who ‘identify’ as female—into women’s prisons puts female inmates at increased risk of sexual assault. My bill will stop the president’s ill-conceived plan and keep men and women separated in federal prison.”

Earlier this year, two women housed in a New Jersey all-female prison became pregnant after having sex with at least one transgender inmate.

The women are housed at the Edna Mahan Correctional Facility in Clinton, New Jersey. The prison houses more than 800 women, including 27 transgender women.

The prison houses transgender inmates who have yet to complete a total gender transition, meaning biologically functional males are housed with women inside the facility.

On Tuesday, Jeanne LoCicerom, legal director for New Jersey’s ACLU, said the prison’s policies ensured the rights of transgender prisoners were not violated.

“It’s in line with New Jersey’s strong anti-discrimination laws that prevent discrimination and harassment on the basis of gender identity,” she told NJ.com.

Robyn Gigl, a lawyer representing the transwoman in the lawsuit, said she believed the policy would “shepherd in a new era in New Jersey prisons of protecting and affirming transgender, intersex, and non-binary people’s lives.”

Edna Mahan, the only women’s prison in New Jersey, does not require transgender inmates to proceed with reassignment surgery to be housed at the facility. 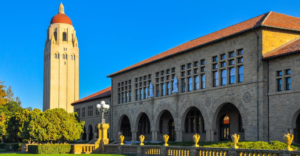