Averie Chanel Medlock, a 25-year-old biological male who identifies as a woman, was kicked off the Ranger College cheerleading camp and slapped with a criminal assault charge after choking a 17-year-old female teammate for “misgendering.”

The girl — who was only identified by her first name, Karleigh — reportedly called Medlock a “man with a penis” before Medlock allegedly choked her.

After the incident, Karleigh and other teammates locked themselves in a locker room to hide from Medlock, who alleged the girls were targeting Medlock because of race and gender. 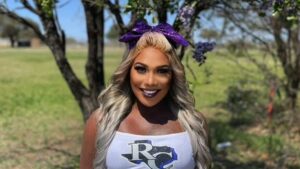 “A girl on the team was being very disrespectful and told me that I am a MAN with a PENIS and and that guy[s] should not be on the team and I stood up for myself and she called her mom and dad because she was scared because I took up for myself,” Medlock wrote in a now-deleted Facebook post, according to Todd Starnes, writing for Townhall.com.

Medlock posted a video to Facebook talking to the teammates, saying, “If anyone has a problem, come address it to my face like an adult.”

Medlock can also be heard saying “I barely touched Karleigh” — contradicting a statement that there was no physical contact.

Mike Jones, Karleigh’s father, wrote on Facebook that she called him in the middle of the night, terrified after barricading herself behind a door — an account which several teammates are said to have corroborated.

“I ask you what you would have done when receiving a phone call at 1 o’clock in the morning from your daughter stating they had locked themselves in the room with other girls, after this person said ‘You want to fight’ and proceeded to put their hands around my daughters [sic] neck,” Jones said in the post.

Ranger College is opening a Title IX investigation and said in a statement it takes the allegations seriously and “is committed to providing a learning environment free from discrimination.”

“But as we wait for these investigations to get over, I just wonder when this person will own up to their own actions! And stop trying to ruin our lives!” Jones wrote. 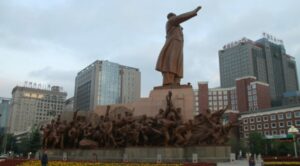