Top ISIS Leader Killed By US Airstrike in Syria

One of the top five leaders of ISIS has been killed in a US airstrike in Syria.

The July 12 strike killed Maher al-Agal, the leader of the terror group in Syria, and seriously injured another high level official that was ‘”closely associated’ to him. US Central Command did not name the second official.

“Extensive planning went into this operation to ensure its successful execution. An initial review indicates there were no civilian casualties,” the US Central Command said in a statement about the strike. “In addition to being a senior leader within the group, Al-Agal was responsible for aggressively pursuing the development of ISIS networks outside of Iraq and Syria.”

The strike took place in Jindaris, a town in northwest Syria close to the Turkish border. There are reports that Al-Agal were on a motorcycle that was struck by a drone.

The Syrian Civil Defense Force tweeted that “one person was killed and another wounded, as an unidentified drone targeted a motorbike in the village of Khaltan in the district of Jindires” and that they were working to protect civilians.

Col. Joe Buccino, a CENTCOM spokesperson, said that there were no civilian casualties from the strike.

“This strike reaffirms CENTCOM’s steadfast commitment to the region and the enduring defeat of ISIS,” Buccino said in a press release about the strike. “The removal of these ISIS leaders will disrupt the terrorist organization’s ability to further plot and carry out global attacks.”

“ISIS continues to represent a threat to the U.S. and partners in the region,” Buccino added. “CENTCOM maintains a sufficient and sustainable presence in the region and will continue to counter threats against regional security.”

Last month, a senior ISIS leader and bomb maker, who the government has not named, was captured in another raid conducted by the US military in the region.

“The captured individual is an experienced bomb maker and operational facilitator who became one of the top leaders of Daesh’s Syrian branch,” a statement from the U.S.-led Combined Joint Task Force — Operation Inherent Resolve said.

In February, ISIS leader Abu Ibrahim al-Hashimi al-Qurayshi, 45, blew himself up and killed members of his own family while being raided, according to the US military. There were reportedly 13 people killed in the incident, including six children and four women. 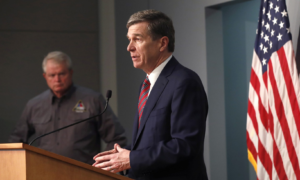