A new study of the effect of a reduced work week has been launched in the United Kingdom.

For the next six months, 70 companies from a variety of industries have agreed to reduce their work weeks by one day. However, the over 3,000 workers involved in the trial have to maintain the same levels of productivity.

This is the largest reduced work week trial in the world, according to the experiment’s organizer, 4 Day Week Global.

Joe Ryle, the UK campaign director of the New Zealand-based nonprofit, said the goal is to prove “that the four-day workweek is possible across the economy in the longer term.”

“What is most exciting about the pilot is that we have a wide range of sectors of economy from hospitality, retail, telecommunications, marketing and more participating,” Ryle told CBS MoneyWatch.

The experience has been described as an initiative-based, work-balance program that follows a 100-80-100 rule. Employees are given 100% of their compensation for 80% of their time provided they maintain 100% output.

Iceland formally adopted four-day work weeks in July of 2021 after conducting similar research. Between 2105 and 2019, the Reykjavík City Council and the national government held a series of trials where both salaried and hourly workers received one paid day off per week. Workers were able to retain the same levels of productivity and reported being less stressed and happier overall with the schedule change.

In addition to 4 Day Week Global, researchers from Cambridge University, Oxford University and Boston College are assisting with the UK trial.

“The four-day week is generally considered to be a triple-dividend policy – helping employees, companies, and the climate,” said Juliet Schor, a sociology professor at Boston College to The Guardian. “Our research efforts will be digging into all of this.”

Researchers will track workers’ job satisfaction, stress levels, health, energy, and travel as well as their productivity in order to evaluate the impact of the extra time off.

Participating businesses include a fish and chips shop, a brewery, Charity Bank and the book subscription service, Bookishly. Each organization can select its own way of implementing the new, shorter schedule.

The idea of a four-day work week has been a recurring discussion for much of American history. During his presidential campaign, Richard Nixon advocated for a four-day work week as a way of improving the standard of living in America and allowing for a “fuller family life,” per The Hill. This sentiment was also shared by John F. Kennedy Jr.

However, while some companies have offered reduced summer hours or a weekly work-from-home day, the onset of the COVID-19 pandemic sparked a renewed interest in revising traditional workday expectations.

Many workers were forced to convert to remote working and have since opted to stay at home rather than return to in-person work.

A study from Havard University in March of 2021 found that 81% did not want to fully return to the office and that 1 in 3 professionals felt their overall performance and quality of work had improved since converting to a work-from-home format in March of 2020.

The pandemic also sparked what became known as the Great Resignation as millions of people left their jobs. While some cited COVID-19 concerns or pandemic-induced family or childcare challenges, many workers polled about their decision to quit indicated they wanted to begin new careers or take advantage of better benefits and incentives offered by companies struggling to retain staff, per Fast Company.

Some have suggested that reducing the number of days or hours in a work week will not harm productivity and will incentivize workers to stay with their employer.

Later this year, Spain and Scotland are scheduled to also run four-day work week trials with their federal government’s support. 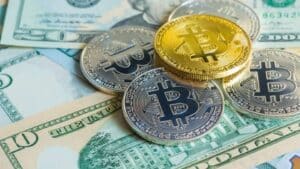