Thousands of Texas mail-in ballots for midterm primary elections have been rejected for failing to comply with new identification requirements passed by state legislators in September.

Election officials in six of Texas’ largest counties, which make up about a third of the state’s population, are reporting unusual rates of invalid ballots. The problematic ballots are almost entirely a result of voters neglecting to include an I.D. number on the envelope as the new law demands.

Now, officials are scrambling to help voters correct the errors less than two weeks before Texas holds the nation’s first primary election. The Nov. 8 midterm elections will determine control of the U.S. Congress for the next two years.

In Harris County, 3,475 ballots received by Tuesday could not be accepted because voters did not fill in the correct number. The number represents about 35% of the total mail-in votes. The overall rejection rate was between 5% and 10% in past years.

Officials said that most ballots appeared to have been cast by registered voters who made an honest mistake.

“These layers don’t provide more security, but they are providing more rejection,” said Isabel Longoria, the top election official in Harris county. “It’s our job to help voters vote … and we’re having to reject ballots at a rate we’ve never seen before.”

The number of rejected votes is sure to rise as most mail-in ballots have not yet arrived at clerks’ offices.

Officials in Dallas County, home to roughly 2.6 million residents, said they were sending back 26% of mail-in ballots, considerably more than previous elections.

According to Bruce Sherbet, the county’s election administrator, in Collin County, home to about 1 million people, 25% of mail-in ballots have been rejected.

According to Christopher Davis, the election administrator in Williamson County, north of Austin, nearly 25% of ballots arrived with no I.D. number.

The increased rejection rate is a result of new I.D. requirements this year. Under the law, known as S.B. 1, absentee voters must include either a driver’s license number or a partial Social Security number on both the application and the ballot itself. The law was enacted in Texas to prevent potential voter fraud in public elections. 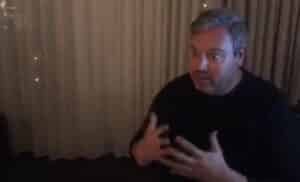