The company charges 6.5% commission on each transaction.

A group of 14,000 vendors will pause their sales on Etsy for one week to protest an increase in fees charged by the virtual marketplace.

Kristi Cassidy, one of the group’s organizers, told AP News that she and other sellers are also opposed to the site’s advertising policy, which “requires sellers making at least $10,000 a year on Etsy and who have their products advertised on Etsy’s offsite social media and search-engine partners, to pay a 12% advertising fee on sales made through the ads.”

Cassidy and her fellow protestors also want Etsy to take a more strict policy on vendors who resell mass-produced items.

Only a small portion of Etsy’s 5.3 million vendors are taking part in the protest, but the organizers are still hoping the movement will have an impact.

“We’re hoping to get Etsy’s attention that we are fed up,” Cassidy said in an interview with Yahoo! Finance. The seller, who has sold gothic and punk costumes on Etsy since 2007, said the movement is growing organically but that the site’s corporate leadership has not engaged with the participants directly.

“We have heard — what we have heard is what they’ve released to media so far,” said Cassidy. “And it’s basically that they’re — the same thing that they told us in the email that they sent out, that they’re making these changes in order to better things in three key areas.”

“They’re not actually responding to our demands is what’s going on. Corporate speak,” she added.

A petition asking Etsy to “work with sellers” surpassed 50,000 signatures.

“Even though it’s the hard work of Etsy’s sellers who’ve made it the massively successful company it is today, we have fewer rights and less of a voice in our workplaces than ever,” the petition reads. “Etsy sellers and the buyers who support us can show hyper-exploited platform workers everywhere that there’s a better way, if we unite in solidarity and work together to achieve it!”

An Etsy spokesperson offered the following statement to TechCrunch:

“Our sellers’ success is a top priority for Etsy. We are always receptive to seller feedback and, in fact, the new fee structure will enable us to increase our investments in areas outlined in the petition, including marketing, customer support, and removing listings that don’t meet our policies. We are committed to providing great value for our 5.3 million sellers so they are able to grow their businesses while keeping Etsy a beloved, trusted, and thriving marketplace.” 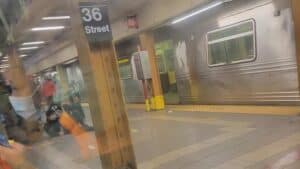