For the ninth weekend in a row, French people took to the streets in protest against mandated health passes

For the ninth weekend in a row, people marched in Paris to protest the government-mandated health pass.

The French government required passes — which show a person has been vaccinated against COVID-19 or had a recent negative test — over the summer. They are required to eat at a restaurant, enter a shopping center, go to a hospital or take a long-distance train. Additionally, they are needed to enter a cinema, theatre, museum, theme park, or cultural center. The passes are required for those over the age of 12 starting September 30.

“You’ve understood – vaccination is not immediately obligatory for everyone, but we’re going to extend the health pass to the maximum, in order to push a maximum of you to go and get vaccinated,” President Emmanuel Macron said in his announcement in July.

Following the news, over 150,000 people marched in protest in cities across France. They have continued their efforts every weekend. Among the crowds are hospital and healthcare workers who express concerns about the safety and effectiveness of the vaccine.

A hospital worker, who identified herself only as Carole, told Reuters, “Today, we’re treated like savages. We’re being insulted, we’re being told we’re contaminators, whereas the vaccine today is not effective and can also be contaminated and infectious.”

On Saturday, the interior ministry said more than 120,000 people were out protesting against the law. Thousands of those people once again marched in Paris chanting “Freedom” and “Macron, we don’t want your pass.” Protestors told reporters they are fighting for their freedom and want the government to get rid of the health passes.

“Large police forces were deployed in Paris, particularly at the Champs-Elysees and Wagram Avenue in the city’s northwest, where a large gathering was announced,” reports RT. “Tensions quickly boiled over during the demonstrations as footage published on social media showed protesters kicking and verbally assaulting police officers on several occasions. Another video showed the crowd attacking the police with various objects. The police responded with tear gas and batons.”

In Toulouse, an unidentified group attacked anti-pass protestors with walking sticks, leading to a violent brawl.

France’s Institut Pasteur has previously stated 90% of the country would need to be vaccinated to achieve herd immunity. 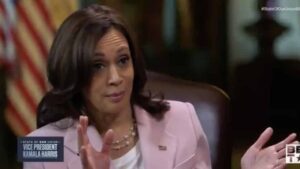 One response to “Thousands March in Paris against COVID Passes”