'Can High School Students Ever Meaningfully Consent To Sex With Their Teachers?'

Human trafficking survivor and advocate Eliza Bleu highlighted a 12-year-old tweet from Roth questioning whether “high school students” could “meaningfully consent to sex with their teachers.”

I think I may have found the problem @elonmusk https://t.co/rYGLzmSK0R

Roth provided a link to a November 2010 Salon article in his tweet titled: “Student-teacher sex: When is it OK?”

Other surfaced tweets from Roth suggest the former tech executive ran a separate account @otterriffic, which users noted appears to have been scrubbed.

Grad student I'm staying with: "You're not that innocent. I know about your secret dirty Twitter account." Guilty as charged. (@otterriffic)

One user retweeted one of Roth’s @otterriffic tweets, according to another user.

Among the aforementioned tweets Roth also made a series of tweets discussing pornography.

“This explains a lot,” Musk said in response to Bleu.

“Looks like Yoel is arguing in favor of children being able to access adult Internet services in his PhD thesis,” Musk said, providing a screenshot of Roth’s University of Pennsylvania PhD thesis proposing it was “worth considering” including “individuals under the age of 18” on “gay” and “queer” dating apps including Grindr.

Looks like Yoel is arguing in favor of children being able to access adult Internet services in his PhD thesis: pic.twitter.com/1NiBohjhMQ

Even with the service’s extensive content management, Grindr may well be too lewd or too hook-up-oriented to be a safe and age-appropriate resource for teenagers; but the fact that people under 18 are on these services already indicates that we can’t readily dismiss these platforms out of hands as loci for queer youth culture. Rather than merely trying to absolve themselves of legal responsibility or, worse, trying to drive out teenagers entirely, service providers should instead focus on crafting safety strategies that can accommodate a wide variety of use cases for platforms like Grindr — including, possibly, their role in safely connecting queer young adults.

In late October, prior to Roth’s surfaced tweets, Musk shared what appeared to be internal Twitter communications from Roth saying the platform was “literally doing what Elon is accusing us of doing.”

Musk defended the former Twitter executive, saying “we’ve all made some questionable tweets, [myself] more than most.”

“But I want to be clear that I support Yoel,” Musk continued. “My sense is that he has high integrity, and we are all entitled to our political beliefs.”

We’ve all made some questionable tweets, me more than most, but I want to be clear that I support Yoel. My sense is that he has high integrity, and we are all entitled to our political beliefs.

Roth, who subsequently left Twitter in November, discussed his decision in a New York Times op-ed. 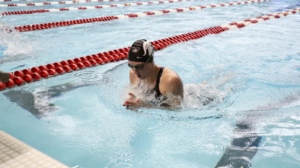