The White House Weighs In On Spotify's Rogan Controversy

"This disclaimer, it's a positive step, but we want we want every platform to continue doing more," said White House Press Secretary Jen Psaki

On Tuesday, the White House suggested that Spotify’s attempts to handle what they described as coronavirus “misinformation” on Joe Rogan’s interviews was not an adequate response to the ongoing freedom of speech controversy.

Spotify announced on Sunday it would include content advisory warnings for Rogan’s interviews about coronavirus. The move comes as multiple interviewees offered views dissenting from the government’s narrative about the pandemic.

After artists Neil Young and Joni Mitchell requested the company remove their music from their platform in protest of Rogan’s interviews, Spotify decided to take immediate action.

However, Psaki requested that technology and media platforms do more to censor what the White House has called “misinformation” about the coronavirus pandemic.

“That certainly includes Spotifly” Psaki said, as she mispronounced the streaming service’s name.

“This disclaimer, it’s a positive step, but we want we want every platform to continue doing more to call out misinformation and disinformation while also uplifting accurate information,” Psaki continued.

Psaki continued by stating it was a “fact” that people who are not vaccinated are “six to eight times more likely to die” from coronavirus than those who are vaccinated and boosted.

“That’s pretty significant, and we think that is something that unquestionably should be the basis of how people are communicating about it,” Psaki concluded.

Rogan recorded a video addressing the controversy in a post on his social media. Rogan promised to include a more balanced view of the coronavirus and the vaccines, encouraging all sides of the issue to be explored. 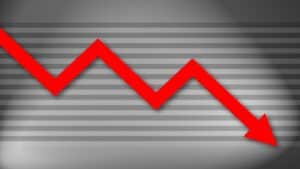