The People's Convoy Set to Circle DC Beltway on Monday

On Monday, the People’s Convoy, a group of truckers and citizens protesting the government’s response to the COVID pandemic, plans to head to the Capital Beltway for the second day of demonstrations in the D.C. area.

Organizer Brian Brase said the group is planning to loop around once on Monday after circling the Beltway twice on Sunday, according to The Washington Post. As an escalation, the motorists will drive the minimum legal speed limit and plan to occupy two lanes instead of one.

Authorities around the D.C. area have monitored the convoy and warned drivers about possible traffic problems. Officials have encouraged drivers to avoid the Beltway when possible.

When speaking to the Washington Post, Brase said the group plans to stay at the Hagerstown Speedway until Saturday, adding that “hopefully this is all over by Wednesday.”

Many of the participants staying in Hagerstown, Maryland, had made a 2,500-mile journey from California. However, many others joined the effort as the convoy made its way across the U.S.

The group stated it wants to hold lawmakers accountable for the government’s pandemic responses. The convoy was inspired by frustrations over vaccine mandates and other measures limiting freedoms during the pandemic.

Organizers have mentioned meeting with members of both the House and Senate, but there has been no confirmation if that will occur.

“I’m hopeful that we have successful dialogue with congressmen and women and senators that help get what we’re looking for pushed through in a timely fashion,” said Brase. “If they don’t come to the table to meet with us or they ignore us, then every day it will escalate.”

The group has coordinated with local law enforcement to avoid causing significant issues with local traffic and acknowledged that there’s a natural disruption resulting from their presence.

The convoy vehicles appeared to be better organized Sunday night. Big rigs lined up in rows as the lead, followed by RVs and motor homes, campers, and then cars.

The group expects another 500 vehicles from Ohio, Pennsylvania, and West Virginia to join them on Monday. 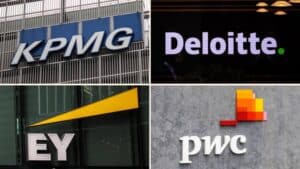