The People's Convoy Headed For DC Has Raised Nearly $1M

The convoy is asking President Biden to end the State of Emergency related to COVID-19, a declaration that was extended last week.

The People’s Convoy filled a nearly 8-mile stretch of a New Mexico highway Friday as truckers protesting COVID-19 mandates entered its third day of their cross-country trek to Washington, D.C.

According to the protest’s website, the People’s Convoy has raised more than $855,000 in financial donations as of Friday. The amount is nearly double the amount it said it had raised Thursday.

Businesses and individuals along the Interstate 40 route have also donated gas, food, and other essentials to the miles-long convoy.

On Wednesday, the convoy started its 11-day trek from California to the nation’s capital. Despite facing a weather delay Thursday, the convoy is still expected to arrive in D.C. on March 5.

Members of the convoy have called on President Biden to end the National Emergency that was enacted at the beginning of the COVID-19 pandemic in 2020 and extended again last week.

The group argues that the coronavirus’s threat has decreased and seeks to end mandates nationwide.

As of this week, the CDC and most states have either lifted or reduced indoor mask requirements. The last state still enforcing the mandates is Hawaii, which has maintained the strictest mandates in the nation. Only 19 states currently have vaccine mandates in effect.

The People’s Convoy will not reach D.C. in time for President Biden’s State of the Union address on Tuesday. However, with concern for public safety surrounding rumors of disruption in the capital, the Pentagon deployed 700 members of the National Guard ahead of the convoys’ arrival.

The People’s Convoy does not plan to disrupt roadways or bridges. Organizers of the convoy have pledged a safe, lawful and peaceful demonstration.

“A lot of people have asked why we’re doing this – what’s your reason behind it. People want a defined, clear answer. They think it’s one thing,” organizer Brian Brase reportedly told a crowd, according to USA Today. 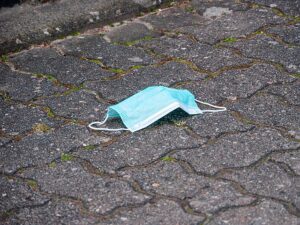