There are around 1,000 open teaching positions available across the state

Dozens of National Guard Army and Air Force troops in New Mexico have been deployed after a shortage of teachers and school staff have tested schools’ abilities to continue operations during the coronavirus pandemic.

Many other states and school districts across the country have issued pleas for substitute teachers amid the Omicron surge. However, New Mexico has called upon its National Guard to trade in assignment briefs for lesson plans as they step in to work for school systems in 36 of the state’s 89 school districts.

Gov. Michelle Lujan Grisham called out the guard to help with the critical shortages in her state. New Mexico has struggled to find enough educators throughout the pandemic, as have many others states across the nation. At least 100 schools in New Mexico had reported closing down for at least one day this school year.

New Mexico also saw a wave of teacher retirements in the fall. There are presently about 1,000 open teaching jobs in the state. Grisham emphasized that the guard deployment is a temporary measure. New Mexico is currently working to strengthen the teaching workforce and school staff through increased pay and other benefits.

Army National Guard Spc. Michael Stockwell has been one of those deployed as a substitute teacher. His previous assignments have included patrol at the Southern border and serving as a guard to the New Mexico state capitol during times of political tension.

Most of the deployed guards have been utilized by smaller school districts throughout the state.

Despite requests, Santa Fe and Albuquerque, two of the largest school districts, did not receive any soldiers as the deployments have prioritized smaller, rural school districts. 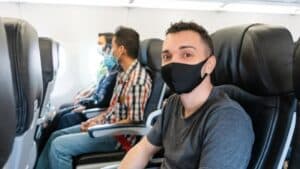