The much anticipated fourth entry of the Matrix franchise premiered Tuesday, arriving 18 years after the last installment.

is the long-awaited fourth installment in the sci-fi franchise.

Early reviews for The Matrix: Resurrections, directed by Lana Wachowski, have been less than stellar, calling the film “laughably bad” and “another truly horrible sequel.”

Many die-hard franchise fans took to social media and comment sections across the internet, lauding the film for continuing the journey down the dark rabbit hole of alternate realities.

#thematrixresurrections was pure nostalgia, loved every minute of it pic.twitter.com/KUgiNsjLMj

However, the film has been met by harsh criticism from film experts worldwide.

Kevin Maher at The Times said of the film: “The curse of The Matrix strikes again. An ingenious, inventive and era-defining sci-fi movie from 1999 has now, with this latest and long-awaited misfire, produced yet another truly horrible sequel.”

While Peter Bradshaw from The Guardian said: “Eighteen years after what we thought was the third and final Matrix film, The Matrix Revolutions, Lana Wachowski has directed a fourth: The Matrix Resurrections. But despite some ingenious touches (a very funny name, for example, for a VR coffee shop) the boulder has been rolled back from the tomb to reveal that the franchise’s corpse is sadly still in there.”

Amelia Emberwing wrote: “The Matrix Resurrections is the kind of film that will go down in cult history because it is so laughably bad. Truthfully, I can’t even say it’s unenjoyable because I spent so much of its overly long runtime giggling over how jaw-droppingly misguided the majority of it is. And, even with how rough it is, folks looking for that nostalgia will get exactly what they’re looking for.”

It is apparent the film will open with less success than the recent premiere of Spider-Man: No Way Home, which grossed $260 million thus far. However, the film is likely to revive fans’ enthusiasm who have been following the franchise for nearly two decades. 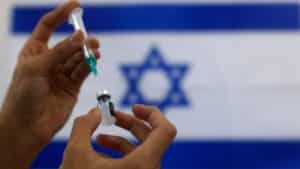