The IRS has warned taxpayers that they should expect slower than usual service due to staffing and funding shortages.

According to IRS Commissioner Chuck Rettig, Biden’s Build Back Better bill would provide billions in funding to the overburdened agency. However, the bill has been halted in congress without the full support of Democrat leaders.

According to the IRS, tax season begins on January 24 this year and runs until April 18.

Rettig said that the President’s $1.7 trillion Build Back Better plan had committed $80 billion in funds to the Internal Revenue Service. The funds would be used to secure more staff and better technology to stop tax fraud.

However, after Democrat Senator Joe Manchin announced he wouldn’t vote for the package, the IRS’s additional funding will not be available.

Rettig said, “In many areas, we are unable to deliver the amount of service and enforcement that our taxpayers and tax system deserves and needs. This is frustrating for taxpayers, for IRS employees and for me.”

The President’s bill would have also renewed the enhanced child tax credit payments. Instead, the stimulus payments remain in question and could affect filings and refunds.

The IRS said that the average refund on 2020 tax returns was approximately $2,815.

The IRS hopes to avoid processing delays or taxpayer errors on returns to get refunds to people in the expected three-week timing.

“Planning for the nation’s filing season process is a massive undertaking, and IRS teams have been working non-stop these past several months to prepare,” Rettig added. “The pandemic continues to create challenges, but the IRS reminds people there are important steps they can take to help ensure their tax return and refund don’t face processing delays.”

The IRS recommends filing electronically via direct deposit to avoid delays. They further caution to be sure all numbers on your returns are accurate to prevent further delays.

The IRS is also mailing letters for those child tax credits and the third round of pandemic-era stimulus checks.

Due to taxpayer errors and staffing struggles, the service is still making its way through six million backlogged 2020 returns.

Usually, the backlog is well below a million by the following tax season. 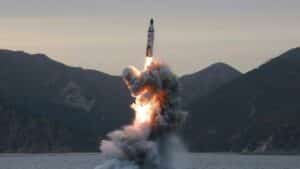