The Growth of NFT and The Impact of Female Leadership

It seems in 2021 that NFT’s have taken the digital world by storm.

If you’re not yet familiar with an NFT, non-fungible token, here is what Forbes said earlier this year about them: “An NFT is a digital asset that represents real-world objects like art, music, in-game items, and videos. They are bought and sold online, frequently with cryptocurrency, and they are generally encoded with the same underlying software.”

The critical element that sets them apart is the computer code attached to the blockchain, which gives them a unique identity. This code is a powerful way of stopping fraudulent reproduction and distribution.

The NFT market has exploded this year and is expected to surpass $17.7 billion by the end of 2021.

As is common among the tech community, women are less represented and often less visible as the key creators and leadership. This was underscored by a study from CNBC released in August, highlighting the stark contrast of men versus women in the NFT space.

“The crypto world seems to mirror the tech and finance worlds in terms of gender; there are women, but the space is heavily male-dominated,” says Angela Walch, a research associate at the UCL Centre for Blockchain Technologies in London.

Yet, as the market expands, more women are choosing to start NFT projects and build teams to take advantage of the growing opportunities. There are some incredible projects in the world of NFT’s that women are leading. And, just like any new business or venture, they face some unexpected struggles in the process. However, as these women win in the male-dominated market they are inspiring others to do the same.

Among many of the female-led projects, there is a trend to allocate a portion of the proceeds to charity. Many give to causes such as domestic abuse victims, environmental conservation, and animal welfare.

One such example is an effort called The Psychedelic Sloth Project. The project was founded by a woman known as “Psych” and led by a majority female team. The project features a Sloth, and endangered primate species, with colorful and expressive illustrations about peace, love, and meditation. Psych has chosen to remain anonymous after being the victim of domestic violence — a situation that also led her to giving a large portion of her proceeds to mental health initiatives.

Less than 24 hours before their heavily anticipated release date (called a mint in the NFT world); their developer unexpectedly quit the Psychedelic Sloths project. This developer was chosen due to his previous success in more than a half-dozen NFT projects, leaving the team stunned by his sudden and unexpected departure. They were left without the necessary coding, called a smart contract, which completely halted their ability to launch.

Within hours of the news, amidst endless phone calls, texts, DM’s, emergency zoom meetings, slack messages, and community outrage, the team located a highly recommended female developer to take over his role.

The Psychedelic Sloth Project is just one example of women conquering leadership roles and projects in the NFT industry. More women are leading critical conversations within the NFT space, bringing awareness to women’s positive impact on this new technology.

“As a fully female-led team, we know how important representation is as more women enter the NFT space. We are committed to using our experience and expertise to uplift women and minority-led projects to support a true ‘we’re all going to make it’ culture. We’re here to stay, and we’re not leaving anyone behind,” Psych, the founder and leader of The Psychedelic Sloth Project, told Timcast.

The Psychedelic Sloths community directly represents the power within a community to uplift the women leading in an emerging market. While they experienced a significant setback, the women leading this project have forged ahead. Their new launch date, the mint, is set for December 20, 2021.

As the market develops and the technology behind NFT continues to expand, amazing women continue to impact this emerging marketplace. 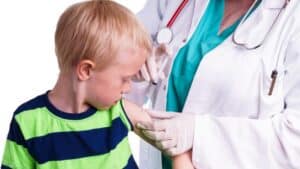