Bureau of Land Management data shows about 4,600 pending permits for oil drilling and production have yet to be approved

On Tuesday, President Biden signed sanctions blocking the import of Russian oil and natural gas as a response to the war in Ukraine, a decidedly bold move in the face of surging gas prices that directly impact American consumers.

Biden has repeatedly stated that the surge in gas prices have resulted from Russia and President Vladimir Putin’s decision to invade Ukraine. His administration has claimed that the actions and orders of President Biden have not contributed to the lack of domestic supply and surging prices.

“It’s simply not true that my administration or policies are holding back domestic energy production,” Biden stated during his address to the nation on Tuesday.

The statement has been met with much criticism and skepticism from taxpayers and the media.

Just two weeks ago, the Biden administration indefinitely placed a freeze on all new federal oil and gas drilling decisions.

“Work surrounding public-facing rules, grants, leases, permits and other projects has been delayed or stopped altogether so that agencies can assess whether and how they can proceed,” the Department of Justice wrote in a legal filing from Feb. 19.

According to a statement from Melissa Schwartz, a spokeswoman for the Interior Department, “delays are expected in permitting and leasing for the oil and gas programs.” She said they are “committed to ensuring its programs account for climate impacts.”

The delay has directly affected a lease-sale in Wyoming for more than 170,000 acres, delaying millions of dollars in revenue and innumerable energy resources.

Senator Cynthia Lummis of Wyoming said that President Biden “has prioritized the agenda of radical environmentalists in his administration over the needs of people in Wyoming and the rest of the country.”

The climate change initiatives and agendas have impacted U.S. energy production since the beginning of the Biden Administration.

When Biden first took office, he signed an executive order to suspend federal oil and gas leases. Republican-led states challenged the ban, and a Louisiana federal judge ruled in their favor overcoming the suspension opening a lease sale for more than 80 million acres in the Gulf of Mexico for oil drilling.

However, environmental protection parties sued to stop that lease sale in federal court and won.

In the ruling, the U.S. District Court for the District of Columbia noted that the Biden administration did not account for the impacts of drilling on climate change and invalidated the sale and the leases. The ruling stopped even more resources from being available for domestic energy production.

However, in early 2021, sources supporting Biden’s climate change initiative were consistently stating that the United States had far more than it needed from its domestic oil and gas production. According to the U.S. Energy Information Administration, the United States was producing oil and gas in record amounts. They even stated that the U.S. was selling more than 25 percent of our daily oil production abroad.

Then, in May, Biden proposed ending tax benefits for oil and gas production. He intended to create roughly $35 billion in tax revenues and created caution for producers to continue the rate of production.

Biden’s also canceled the Keystone XL’s cross-border permit, ending construction on the pipeline after a 12-year battle to construct the energy superhighway.

The pipeline would have carried up to 830,000 barrels of crude oil daily in the U.S. The supply would have connected in Nebraska, moving to other pipelines that feed oil refineries across the U.S. Gulf Coast. The result would have been an immense resource of energy for the U.S.

President Biden’s ban on Russian oil and natural gas this week impacted at least 8% of the national supply of energy resources. These statistics have been provided by the U.S. Energy Information Administration

While the White House has continued to state there are thousands of approved leases for oil drilling and production, according to the Bureau of Land Management there are still more than 4,600 pending permits for such use.

This week the White House and Press Secretary Jen Psaki released a video responding to the critics and questions; a video which appears to be a game of propaganda.

Now that you have been presented the facts — that Russia is said to only supply 8% of our oil and gas; that we have been producing more energy resources than needed — this video appears to be nothing more than a deliberate attempt to spin the facts and hide the truth.

Following the timeline of events, orders, and actions of the Biden Administration appears to demonstrate facts that contradict the President’s claim that “It’s simply not true that my administration or policies are holding back domestic energy production.” 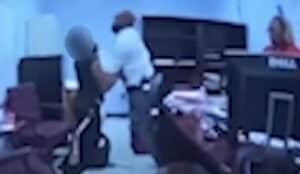