A school district in Texas that banned boys from wearing their hair long has been sued by students.

Magnolia Independent School District, which serves some 13,000 students about 40 miles northwest of Houston, requires boys to have short hair.

The American Civil Liberties Union of Texas filed a lawsuit on behalf of seven boys challenging the policy. They argued that the requirement is discriminatory and is based on gender stereotypes that violate the Constitution.

The students, aged 7 to 17, also say the punishments they received for not complying caused them “immense and irreparable harm.”

In one case, the court documents claim that “school officials in Texas forced a 9-year-old boy to serve an in-school suspension for a month, deprived him of recess and normal lunch breaks, and banished him from campus to an alternative school — all to pressure the fourth-grader into getting a haircut.”

The district’s handbook states that male students’ hair can be “no longer than the bottom of a dress shirt collar, bottom of the ear, and out of the eyes.”

Boys in the district can not tie long hair back in a bun or a ponytail. They are also not allowed to have beards, mustaches or long sideburns.

District officials are reviewing the lawsuit, according to the spokeswoman for the district, Denise Meyers. She said the district’s policies were comparable to those of other public schools in Texas.

She added that MISD grants exemptions or accommodations in the cases of religious practices or gender identity.

One of the students involved in the lawsuit, Daniel Hoosier, spoke out against the policy at a school board meeting. He said he caved and cut his hair after being given an in-school suspension.

“It feels dehumanizing to have school, a government entity, force me to cut my hair and meet their expectations of appearances,” he told a local Houston news outlet.

The ACLU’s lawsuit argues that the policy violates the boys’ constitutional rights and Title IX, which prohibits sex-based discrimination in schools.

In the suit filed in U.S. District Court for the Southern District of Texas, the legal organization says the students “have been denied classroom instruction, barred from extracurricular activities, and forced to be suspended and separated from their peers for well over a month” because they would not cut their hair.

Brian Klosterboer, an ACLU staff attorney, told NBC News that Magnolia School District appears to be taking discipline to a level that’s detrimental to the students’ learning. The students, he added, are not academically troubled or otherwise considered problem students.

The plaintiffs, who are identified by their initials, are seeking an injunction to halt the policy’s enforcement. 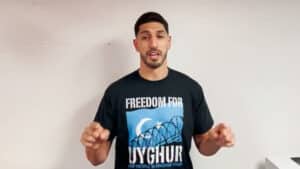