'Texas will immediately begin taking unprecedented action to do what no state has done in American history,' said Abbott

At a press conference on Wednesday, Abbott revealed a plan to deal with the expected surge of immigrants following the Biden Administrations’ repeal of Title 42. The Governor said that Texas would position state troopers in riot gear to meet migrants at the border and bus them straight to the steps of the U.S. Capitol.

“The Biden Administration’s open-border policies have paved the way for dangerous cartels and deadly drugs to pour into the United States, and this crisis will only be made worse by ending Title 42 expulsions,” said Governor Abbott. “With the end of Title 42 expulsions looming next month, Texas will immediately begin taking unprecedented action to do what no state has done in American history to secure our border.”

“The federal government is planning for up to 18,000 illegal immigrants crossing per day,” he continued. “We have potentially more people who will be crossing our border illegally by the end of this year than live in Los Angeles.”

Soon after the press conference, Abbott’s office released more details about the plan.

The Governor’s announcement was met with praise and criticism from multiple parties.

Beto O’Rourke, his Democratic opponent in the upcoming election, said the announcement was another example of Abbott working to gain attention.

You can always count on Abbott to choose stunts over solutions.

“Any forcible busing of migrants across the country would be outrageous and blatantly unconstitutional,” said Kate Huddleston, a staff attorney at ACLU of Texas.

Texas Senator Ted Cruz praised the Governor and suggested other cities where immigrants could be sent, forcing the federal government to handle the impending immigration crisis.

But Texas shouldn’t ONLY send charter buses of illegal aliens to DC. I filed federal legislation to ALSO send them to:

Title 42 of the U.S. Government Code was established in July of 1944 to give federal authorities the power to refuse entry of both people and products into the country to limit the spread of an infectious disease.

“Title 42 has been nothing short of disastrous for immigrant families seeking asylum from the horrors in their own countries,” Senate Majority Leader Chuck Schumer said in March. “It is unacceptable that this policy continues to be used indiscriminately to remove migrants with valid refugee claims from our Southern border.” 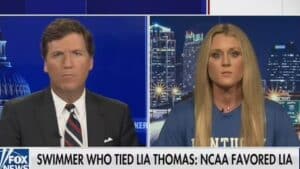