Texas Democrat lawmakers left the state on Monday out of fear they would have to do their job and vote on election security bills in a special legislative session.

“Private planes carrying more than 50 Democrats left Austin for Dulles International Airport midafternoon, skipping town just days before the Texas House of Representatives was expected to give early approval to sweeping new voting restrictions in a special legislative session,” The Associated Press reported. “The numbers meant the House would not have enough lawmakers in attendance to conduct business and could not, at least for now, vote on the bill.”

Monday night, Texas Governor Gregg Abbott said the lawmakers who fled the state to avoid doing what the people of Texas elected them to do will “be arrested” and taken to the state Capitol to do their jobs.

“Isn’t that the most un-Texan thing you’ve ever heard? Texans running from a fight? They’re quitters,” Abbott said on Fox News. “It’s like during a football game or baseball game, taking their equipment when they’re way behind and just leaving the field. That is not the way that Texas, Texans do things.”

“We have special sessions that last 30 days, and the governor calls them and I will continue calling special session after special session, because over time it’s going to continue until they step up to vote,” Abbott continued. “The thesis that they are operating under is completely false, because what the Texas law does, doesn’t hinder anybody’s ability to vote. And in fact, interestingly, what Texas is seeking to do is to add additional hours to vote. Texas has 12 days of early voting and the hours of which will be expanded. And we will ensure that hours are expanded on Election Day also.”

“So their entire thesis is completely wrong,” Abbott said. “And compare early voting in Texas with early voting that we have in Delaware. Texas has 12 days of early voting. Delaware has zero days of early voting. Why am I picking on Delaware? Because that is where the President himself voted in the last election. And if anybody wants to talk about voter suppression, they should be talking about Delaware, not Texas.” 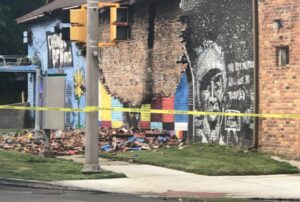