The lawsuit comes after the monkey allegedly bit a young child.

Texas assistant football coach Jeff Banks and his girlfriend, Danielle Thomas, are being sued over an incident that occurred on Halloween where Thomas’ pet monkey allegedly bit a child.

Amy and Casey Clinkenbeard filed the lawsuit in Travis County District Court. The suit is alleging their child was trick-or-treating and was invited to a haunted house, according to ESPN. It claims that the child and his friends were led to an area where the monkey is usually kept and told the animal gives out high fives. Instead the monkey bit the boy, according to the suit.

Thomas was identified as the owner of the monkey.

“C.C. (the boy allegedly bitten) was forced to manually pry the monkey’s jaw open. There was so much blood that C.C. was unable to see the full extent of the injury,” the lawsuit states.

“Instead of showing any semblance of care for an injured child, Danielle Thomas was instead worried about the risk of her monkey being taken away. … Danielle Thomas stated to the physician that the monkey had bitten her before and that she was fine, implying that the monkey therefore did not have rabies,” according to information within the lawsuit.

A physician who lived nearby reportedly treated the child for his injuries. After the treatment, the physician and another neighbor addressed the situation with Banks and Thomas.

In the days following the incident, Thomas made a video and posted it to social media. It was her attempt to try and distance herself from the incident. Thomas pushed back at the notion the child was led to the monkey in a series of tweets, those tweets were later deleted.

“I had a haunted house on one side gated off/ he had no permission to go pass the gate i had no idea he went in my backyard, neither did i know anything about a bite, Until a doctor of neighborhood (sic) told me he treated a small bite. No parent have contacted me about it !” she wrote.

“A 11 /12 year old child should know better then to enter someone yard without permission and old enough to also follow the rules. The rules were when u get to the gate turn around and come back out for candy every other parent and child did so!”

Lots of individuals took to social media to discovered Thomas worked as a dancer under the stage name “Pole Assassin” and appeared with her pet monkey on the “Jerry Springer Show.”

Shortly after the incident, a handful of primate specialists have reached out to the Travis County Animal Health to offer a place for the monkey. As is usual practice, should the animal be found in a legal instance to be dangerous, most often the animals are euthanized. One such organization, Small Primate Animal Rescue of TN, was told at the time that no charges had been filed or open investigation was underway, but would be notified if any assistance was needed to care for the monkey.

Thomas’ partner, Banks is the special teams coordinator and tight ends coach for the Longhorns. He formerly served under Alabama head coach Nick Saban and spent five years in the same role with Texas A&M. 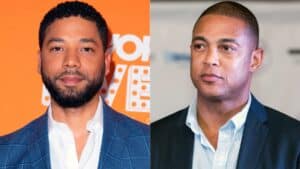