According to multiple media outlets, House Republicans in Kevin McCarthy’s corner have come to a tentative agreement with representatives of the Freedom Caucus that would see McCarthy take control of the House as Speaker.

In exchange, his coalition is reportedly offering several concessions to the Freedom Caucus, who have successfully blocked his ascension over the course of 11 votes:

It won’t be easy, automatic or immediate, according to House lawmakers who themselves were processing the information in real time as details of the deal emerged. But a written framework for rules in the 118th Congress was released on Thursday that McCarthy’s allies hope will allow many of the GOP lawmakers who have been voting against McCarthy all week to eventually support him.

Lawmakers said the framework gives members of the House Freedom Caucus (HFC) who have been resisting McCarthy virtually everything they’ve been asking for. That includes a stronger HFC representation on key House committees, guardrails aimed at curbing excessive federal spending, and allowing just a single member of the House to make a motion to replace the speaker, lawmakers familiar with the framework told Fox News.

On Twitter, CBS News’ Robert Costa, who said he spoke to “several” Republicans who were “briefed” on talks held by decision-makers early Thursday evening, described the agreement as one that makes the House Freedom Caucus central to every aspect of Republican control of the House.

INSIDE THE FRAMEWORK per several Rs briefed on talks… rules changes, budget promises, and committee guarantees… talks are fluid but the framework to win over some of the McCarthy critics coming together as people review top lines… big pic? It makes the HFC central in House.

“If this deal goes [through] and McCarthy becomes speaker … you’re looking at a House where the Freedom Caucus is at the table on all big things: rules for floor, standoffs on budgets, and spreading House Freedom Caucus moves to key fiscal committees,” he said.

A source who spoke to Costa described the agreement as if former Republican Speaker John Boehner were to welcome the Tea Party into leadership positions in 2011. Others allegedly told the NBC reporter that the deal could prevent McCarthy from negotiating any compromise with the Biden Administration, leaving Congress in deadlock once again.

Costa also strongly reiterated rumors that Freedom Caucus members were able to receive assent to one of their most significant asks: that the motion to vacate the position of the speaker be initiated by a single Republican. McCarthy had hoped that a five-member minimum would be required to challenge his authority should the agreement come into force. 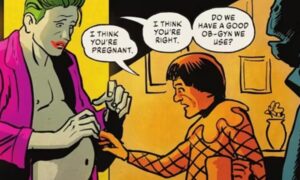