If a parent is killed by a drunk driver, the driver will now be required to pay child support until the youth reaches 18 years of age

On Wednesday, Tennessee passed a law requiring drunk drivers to pay child support to children of parents who die as a result of an accident.

House Bill 1834 had already been passed by the state’s lawmakers but was signed into law this week. The legislation is known as “Ethan’s, Hailey’s, and Bentley’s Law” in honor of a state trooper’s kids who lost their father to a drunk driver while on duty.

HB 1834 states, “if a defendant is convicted of vehicular homicide due to intoxication or aggravated vehicular homicide and the victim of the offense was the parent of a minor child,” then the sentencing court is required to make the defendant pay “restitution in the form of child maintenance to each of the victim’s children.”

According to the new law, it is the court’s responsibility to decide the amount for the children. The court must consider the “financial needs and resources of the child,” the financial demands of the child’s guardian or living parent, and the “standard of living to which the child is accustomed.”

Payments would be required until each of the children turns 18 years old and graduates from high school.

According to the bill, if the defendant is incarcerated and can’t pay, the defendant is given one year after their release to begin payments. Additionally, if the child or children have reached 18 but haven’t been paid in full, payments will continue until the child is entirely paid.

The bill resulted from the death of 38-year-old police officer Nicholas Galinger who was struck and killed while on a call with his field training officer in February 2019. He was outside the patrol vehicle checking a manhole cover when a passing SUV hit him.

Galinger left behind his wife and three young children named in the bill. The bill had previously only carried the name of one child, Bentley. However, Senator Mike Bell introduced an amendment that added the names of Officer Galinger’s other children, Ethan and Hailey, to the bill. 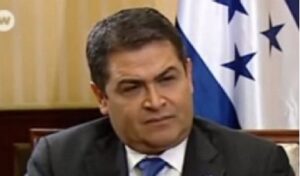