Violators of the law could face a fine 'not to exceed $50,000, be imprisoned for a term not to exceed 20 years, or both'

House Bill 2416 (HB2416), known as the Tennessee Abortion-Inducing Drug Risk Protocol Act, specifies criminal penalties for offenders. The same penalties would not apply to the patient provided with the abortion drugs.

The bill requires a follow-up visit and examination by the physician within seven to 14 days after the patient is administered the medication.

The bill requires the patient to sign an informed consent after the provider explains the risks and potential experiences that accompany a medication abortion. This includes the possibility of death for the patient and understanding the patient may see part or all of the unborn child’s remains.

The bill also states that no abortion-inducing drug may be provided in or around elementary, secondary, or post-secondary school facilities within the state.

Lastly, “an individual who intentionally, knowingly, or recklessly violates this bill commits a Class E felony and, upon conviction, will be fined an amount not to exceed $50,000, be imprisoned for a term not to exceed 20 years, or both.”

The bill states that criminal penalties will not be leveled against the patient.

Medication abortion is only usable until the tenth week of the gestational period.

Tennessee is one of 13 states with “trigger laws” that would go into effect should the Supreme Court ruling on Roe v. Wade be overturned. The 1973 ruling in Roe guaranteed legal and safe access to abortion in all 50 states. However, that ruling faces a possible reversal.

Late Monday, a leaked document from Supreme Court Justice Samuel Alito indicated that the nation’s highest court was set to overturn the landmark 1973 case that solidified abortion access in the United States. 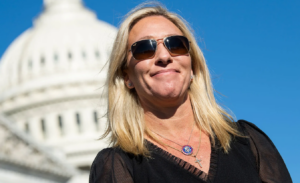