Ten people have been injured after gunfire broke out at rapper French Montana’s music video shoot.

Rapper Rob49 was reportedly among those who were shot.

The incident occurred outside a restaurant called The Licking in Miami Gardens just before 8 p.m. on Thursday.

At least one of the injured is in critical condition, according to a report from local station WSVN.

BREAKING: 10 people have been injured in a shooting in Miami Gardens where French Montana was reportedly shooting a music video.

Rapper ‘CED Mogul’ shared this video with @nbc6 showing French Montana and #Rob49 in the backseat of a car prior to the shooting. pic.twitter.com/6GS6wVfyik

An unnamed law enforcement source told the station that “there are three different crime scenes,” but did not elaborate on where the other two were.

Four of the victims were airlifted to Ryder Trauma Center.

“We had a total of 10 [victims]. Four brought themselves to the hospital, and we’ve treated six transported,” a first responder said in radio transmissions, according to the report.

Witness Ced Mogul said that just before the shooting someone was robbed of their watch, keys, and wallet.

“[He asked to] call his mother and see if we can get spare car keys and make sure, you know, he’s OK, and then the gunshots went off,” said Mogul, “at least 13, 14, 15 gunshots. It was very rapid, it sounded like an assault rifle.”

Mogul told NBC 6 that Rob49 was among the victims. There are unconfirmed reports that French Montana’s bodyguard was struck as well.

It is unclear if it was one person shooting or if there was an exchange of gunfire.

TMZ reports, “at this point, it’s unclear if French was hit … but a witness on scene tells us his security got him out of the area safely and without incident.”

Far more graphic videos of the scene were shared on social media. 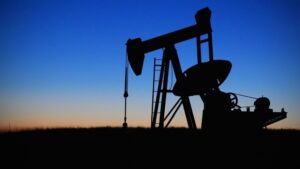