Televangelist Pat Robertson took to the airwaves on the 700 Club Monday to say the Russian President Vladimir Putin was “compelled by God” to carry out the invasion of Ukraine.

Robertson went on to claim that Putin’s invasion of Ukraine was part of the preparation for a monumental invasion of Israel. The claim is not unusual for Robertson, who often leans into “end times” conversations from his religious platform.

Pat Robertson came out of retirement to claim that Putin "is being compelled by God" to invade Ukraine in preparation for a massive End Times invasion of Israel. pic.twitter.com/Pmwybf57Ay

The televangelist insisted the war in Ukraine is all a part of an end-times battle and that Putin was following what he called “God’s plan.”

Robertson said: “People say that Putin’s out of his mind. Yes, maybe so. But at the same time, he’s being compelled by God. He went into Ukraine, but that wasn’t his goal. His goal was to move against Israel, ultimately.”

He went on to say that Russia was utilizing Ukraine as a “staging area,” and God had put “hooks” in Putin’s “jaws” for a reason to draw him to this world stage. Robertson implied that this was just one step in fulfilling biblical prophecies.

“Is Putin mad? Is Putin crazy? Perhaps. But God says I am going to put hooks in your jaws, I am gonna draw you into this … whether you like it or not,” he said.

During his appearance on CBN’s The 700 Club Monday, Robertson claimed God’s plan was being carried out through Putin’s military actions. He reiterated his claim that the entire set of events was a prelude to a future war against Israel, claiming Russia would use Turkey as a “land bridge” to reach Israel for a future conflict.

“All of those troops there are going to be coming against Israel in the latter days. And God says, ‘I am going to take care of it,'” Robertson said.

He went on to tell viewers to “read your Bible because it’s coming to pass.”

Robertson has made other claims of end-times conspiracy during times of political conflict.

In October 2020, the televangelist predicted that Trump would win the election, and the events would lead to the “end of the world.” He made similar claims in 1976 and again in 1990, pointing to events that would trigger the end times. 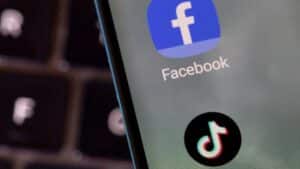