A spokesperson for the Taliban pointed to censorship by US social media companies like Facebook after being questioned about the future of free speech in the country.

The shots were fired during a press conference on Tuesday.

The Taliban spokesman got a question about freedom of speech and he said the question should be asked to US companies like Facebook who claim to promote it while still censoring pic.twitter.com/woXd5RRCWK

Earlier in the day, Facebook issued a ban on any and all content praising or supporting the Taliban on the platform.

“The Taliban is sanctioned as a terrorist organization under US law and we have banned them from our services under our Dangerous Organization policies. This means we remove accounts maintained by or on behalf of the Taliban and prohibit praise, support, and representation of them,” Facebook said in a statement to the BBC.

The platform has also appointed a team of Afghan specialists “who are native Dari and Pashto speakers and have knowledge of local context” to monitor Taliban related content that gets posted on the platform. Facebook said it does not make decisions about the recognition of national governments, but follows the “authority of the international community”.

The ban will also apply to other platforms owned by the Big Tech giant, including WhatsApp and Instagram.

When questioned about if they will be permitted to remain on the platform by Reuters, Twitter did not provide an answer.

“The company pointed to its policies against violent organizations and hateful conduct but did not answer Reuters questions about how it makes its classifications. Twitter’s rules say it does not allow groups who promote terrorism or violence against civilians,” Reuters reports.

Likewise, YouTube, which is owned by Google, has not been clear on if they will be banning the new leaders of the Afghanistan government.

“Alphabet Inc’s (GOOGL.O) YouTube, asked whether it has a ban or restrictions on the Taliban, declined to comment but said the video-sharing service relies on governments to define ‘Foreign Terrorist Organizations’ (FTO) to guide the site’s enforcement of its rules against violent criminal groups,” Reuters reports. “YouTube pointed to the U.S. State Department’s list of FTO’s of which the Taliban is not a member. The U.S. instead classifies the Taliban as a ‘Specially Designated Global Terrorist,’ which freezes the U.S. assets of those blacklisted and bars Americans from working with them.”

It is currently unclear if Twitter will hand over the country’s government related accounts to the group. 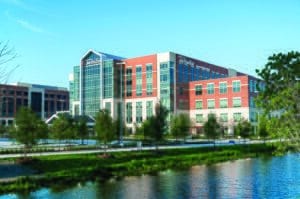