Switzerland’s president Ignazio Cassishas has announced that the historically neutral nation will join in the European Union’s sanctions on Russia, including freezing assets.

“In view of Russia’s continuing military intervention in Ukraine, the Federal Council took the decision on February 28 to adopt the packages of sanctions imposed by the EU on February 23 and 25,” the government said in a statement.”The assets of the individuals and companies listed are frozen with immediate effect; the financial sanctions against Russian President Vladimir Putin, Prime Minister Mikhail Mishustin and Foreign Minister Sergey Lavrov are also to be implemented with immediate effect.”

Continuing their break from tradition, the government sided with Ukraine in no uncertain terms and said that they will be delivering supplies to Poland.

“Switzerland reaffirms its solidarity with Ukraine and its people; it will be delivering relief supplies for people who have fled to Poland,” the government said.

The statement said that “these are primarily goods and financial sanctions,” other than asset freezes against those they listed. They also banned imports from Donetsk and Luhansk, which are now under Russian control.

“These are primarily goods and financial sanctions. The assets of the persons and companies listed in the annex to the ordinance are frozen with immediate effect; the ban on entering into new business relationships remains in place,” the statement continued.

“Switzerland is also implementing the financial sanctions imposed by the EU on Russian President Vladimir Putin, Prime Minister Mikhail Mishustin and Foreign Minister Sergey Lavrov with immediate effect. In so doing, Switzerland is responding to the serious violations of international law for which these individuals are responsible. The ban on imports, exports and investments concerning Crimea and Sevastopol, which has been in place since 2014, has been extended to the Ukrainian regions of Donetsk and Luhansk, which are no longer under the control of the Ukrainian government.”

The Swiss nation also closed down its airspace to Russian planes and partially suspended visa facilitation for Russian nationals.

“The Federal Council has also decided to partially suspend the 2009 agreement on visa facilitation for Russian nationals. The Federal Council has also decided to impose entry bans against a number of individuals who have a connection to Switzerland and are close to the Russian president. Based on the Federal Constitution (Art. 184 para. 3 Cst. and Art. 185 Cst.), the Federal Council may adopt appropriate measures to safeguard the country’s interests or Switzerland’s external security, independence and neutrality,” the announcement said. “In addition – in line with airspace closures in other European countries – Swiss airspace will be closed to all flights from Russia and to all movements of aircraft with Russian markings from 3pm on Monday with the exception of flights for humanitarian, medical or diplomatic purposes.”

In reaching its decisions, the Federal Council says that they took Switzerland’s “neutrality and peace policy considerations into account” and said that they are willing to actively contribute “to a solution to the conflict through its good offices.”

“Russia’s unprecedented military attack on a sovereign European country was the deciding factor in the Federal Council’s decision to change its previous stance on sanctions. The defence of peace and security and respect for international law are values that Switzerland, as a democratic country, shares with its European neighbours and supports,” the statement said. “As before, Switzerland will examine each further package of sanctions imposed by the EU on a case-by-case basis.” 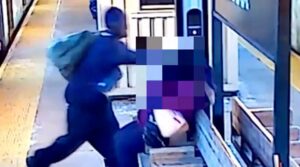