On Sunday, the FBI identified the suspect who died at the scene after taking hostages in a Texas synagogue over the weekend.

On Saturday, Akram entered the Congregation Beth Israel in Colleyville, Texas. Upon entry, Akram took at least four individuals hostage. For more than 10 hours, the suspect engaged local and federal law enforcement in a tense standoff. After ensuring all hostages were safe, the standoff ended when FBI agents forcefully entered the synagogue and killed Akram.

“The FBI’s Evidence Response Team (ERT) will continue processing evidence at the synagogue. At this time, there is no indication that other individuals are involved,” FBI Dallas said in a statement.

“The FBI’s North Texas Joint Terrorism Task Force (NTJTTF), which includes member agencies from across the region, will continue to follow investigative leads,” the statement continued. “An FBI Shooting Incident Review Team (SIRT) will conduct a thorough, factual, and objective investigation of the events.”

President Biden responded to the hostage situation Saturday while speaking with the press in Philadelphia. The President said that the suspect had been arrested 15 years ago and was incarcerated for ten years. He also said that the suspect likely obtained the weapon used in the incident “on the street,” possibly within the homeless community.

“This was an act of terror,” Biden said.

The President praised the FBI and vowed he would speak with the Texas Synagogues’ rabbi on how his administration can support houses of worship in the nation.

The FBI also continues to urge anyone with information related to the incident to submit it at tips.fbi.gov or call 1-800-CALL-FBI. 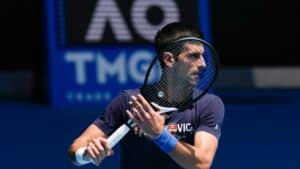 Novak Djokovic has been deported from Australia, Called A Threat To Public Health