Eliza Fletcher was abducted on Friday near the University of Memphis

The man who is believed to have abducted a Memphis school teacher appeared in court hours after police confirmed they had identified the woman’s body.

Eliza Fletcher was jogging near the University of Memphis on Sept. 2 around 4 AM when she was forcibly abducted by a man in a dark-colored GMC Terrain.

Surveillance video of the abduction shows a man “matching the description of a suspect charged in the kidnapping, according to a criminal complaint filed in the case,” reports ABC News.

According to an affidavit, “a male exited the black GMC Terrain, ran aggressively toward the victim, and then forced the victim Eliza Fletcher into the passenger’s side of the vehicle. During this abduction, there appeared to be a struggle.”

The 34-year-old was reported missing at 7 AM by her husband, Richard Fletcher, when she did not return from her morning run. The couple has two children. The elementary school teacher is also the granddaughter of Joseph Orgill III, a Memphis businessman who founded a billion-dollar hardware company.

Her family offered a $50,000 reward for any information in Fletcher’s kidnapping.

“Liza has touched the hearts of many people, and it shows,” said her uncle Mike Keeney, who read a statement on behalf of her family during a livestream on Facebook on Sept. 3. “We want to thank the Memphis Police Department, Shelby County Sheriff’s Department, TBI, FBI, and all of the other law enforcement agencies who are working tirelessly to find Liza. The family has met with police and we have shared with them all the information we know.”

After three days of searching, the Memphis Police Department confirmed on Sept. 6 that a body that had been found near the crime scene had been identified at Eliza Fletcher. According to reports, Fletcher was “seriously injured” during the abduction.

Cleotha Abston was arrested in connection to Fletcher’s abduction on Sept. 3. His DNA was found on a pair of sandals near Fletcher’s last known whereabouts.

He was taken into custody outside of the home of the woman in whose name the SUV is registered. He initially tried to flee in the SUV.

His brother and another witness told police Abston showed up at their home at 7:50 AM and was “acting very strangely.” He cleaned the inside of the vehicle and washed his clothes.

Abston had been initially charged with kidnapping and tampering with evidence. After Fletcher was identified, additonal charges of murder, premeditated murder, and murder in perpetration of kidnapping were added.

The 38-year-old appeared in court on Sept. 6 at 10 AM and was represented by a court-appointed attorney.

Abston previously served 20 years for violently kidnapping Memphis-based prosecutor Kemper Durand at gunpoint on May 25, 2000. He was 16 years old at the time. In addition to aggravated kidnapping, Abston was charged with aggravated robbery.

Durand, who advocated for Abston to remain in prison on multiple occasions, died in 2013.

Abston was released in November 2020. 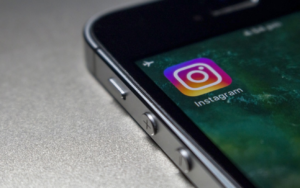