In a vote of 8-1, the Supreme Court has voted to allow the release of documents from former President Donald Trump that were requested by the House Special Committee investigating January 6.

Wednesday evening, shortly after the court’s ruling, the January 6 select committee started to receive the requested records from Trump.

“The Supreme Court’s action tonight is a victory for the rule of law & American democracy,” the committee wrote in a tweet.

The tweet went on to say, “The Select Committee has already begun to receive records that the former President had hoped to keep hidden & we look forward to additional productions regarding this important information.”

The Supreme Court’s action tonight is a victory for the rule of law & American democracy.

Trump’s lawyers had hoped to keep the documents concealed.

Following the court’s decision, there is no legal barrier to turning over the documents held by the National Archives and Records Administration. The records include presidential diaries, visitor logs, speech drafts, and handwritten notes concerning January 6.

Many of the files come from former White House chief of staff Mark Meadows.

The House committee had previously agreed to delay its attempt to get certain documents at the request of the Biden White House. The Biden’s administration was concerned that releasing Trump’s administration documents could compromise national security and executive privilege.

Judge Clarence Thomas was the only justice who said he would have granted Trump’s request to conceal the documents in question.

Trump’s attorneys had petitioned the court to reverse rulings by the federal appeals court in Washington. Their purpose was to halt the release of the records even after President Biden waived executive privilege over them.

The court acknowledged “serious and substantial concerns” over whether a former president can win a court order to prevent disclosure of certain records from an administration during an investigation of national security.

The court went on to note that the appeals court decided that Trump’s assertion of privilege over the documents would fail under any circumstances, “even if he were the incumbent.” 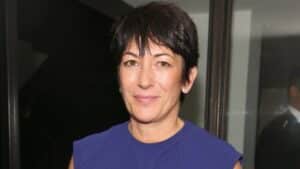