The unincorporated U.S. territory was excluded from the Supplemental Security Income (SSI) over ten years ago by Congress.

In an 8-1 ruling on April 21, the court upheld the decision made by Congress, found that the decision did not violate the Constitution and that while people born on the island are citizens, the government is not required to offer them the benefits.

An expansion of the program would have benefited an estimated 300,000 Puerto Ricans and cost the federal government $2 billion annually.

“Many Puerto Ricans have long complained that the island’s residents are treated worse than other Americans despite being U.S. citizens. Puerto Rico, which is not a state, is the most-populous of the U.S. territories, with about 3 million people,” reports Reuters. “SSI benefits are available to American citizens living in any of the 50 states, Washington, D.C., and the Northern Mariana Islands, but not the territories of Puerto Rico, the U.S. Virgin Islands and Guam.”

Justice Sonia Sotomayor, who is of Puerto Rican descent, was the only dissenting vote.

“Under the current system, the jurisdiction in which an SSI recipient resides has no bearing at all on the purposes or requirements of the SSI program. For this reason alone, it is irrational to tie an individual’s entitlement to SSI to that individual’s place of residency,” wrote Sotomayor in her opinion.

The majority opinion was authored by Justice Brett Kavanaugh who said that because Puerto Ricans are exempt from most American taxes, they could not claim benefits through the federal program. He also noted there are comparable programs already offered to low-income residents of the island.

“In devising tax and benefits programs, it is reasonable for Congress to take account of the general balance of benefits to and burdens on the residents of Puerto Rico. In doing so, Congress need not conduct a dollar-to-dollar comparison of how its tax and benefits programs apply in the States as compared to the Territories, either at the individual or collective level,” wrote Kavanaugh.

The Biden administration continued the appeal to prevent Puerto Ricans from receiving SSI benefits after it was initially filed under President Donald Trump. 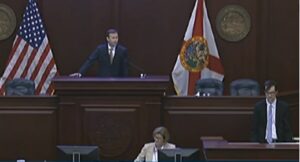