Republican legislators in North Carolina can intervene in a legal challenge to the state’s voter ID law following a ruling from the Supreme Court.

The North Carolina NAACP sued the state following a 2018 amendment to its constitution that required voters in the state to provide photo identification to cast their ballots. The state’s county election boards will provide valid ID cards to voters for free.

The NAACP argued the law violated federal voting laws and the Constitution.

“When Philip Berger, the leader of the North Carolina Senate, and Timothy Moore, the leader of the state’s House of Representatives, asked to intervene in the lawsuit, the district court rebuffed their request, and the U.S. Court of Appeals for the 4th Circuit upheld that decision,” notes SCOTUS Blog.

Berger and Moore argued that “important state interests would not be adequately represented in light of the Governor’s opposition,” according to court documents.

The governor, Roy Cooper, had vetoed the amendment which was overridden by the General Assembly.

“The proposed law puts up barriers to voting that will trap honest voters in confusion and discourage them with new rules, some of which haven’t even been written yet,” Cooper said in his December 2018 statement. “The fundamental flaw in the bill is its sinister and cynical origins: It was designed to suppress the rights of minority, poor and elderly voters. The cost of disenfranchising those voters or any citizens is too high, and the risk of taking away the fundamental right to vote is too great, for this law to take effect.”

North Carolina Attorney General Joshua Stein, a Democrat, has been representing the state during the lawsuit.

The nation’s highest court sided with the two Republicans following an 8-1 vote.

Justice Neil Gorsuch, who authored the majority opinion, stated “Within wide constitutional bounds, States are free to structure themselves as they wish.”

Gorsuch said the case ultimately came down to the Federal Rule of Civil Procedure 24(a)(2). The rule requires courts to allow anyone to intervene so long as they have a relevant interest relating to the subject of a proceeding, are not fairly represented by existing parties, and are acting in a timely manner.

The court found that Berger and Moore had “satisfied the terms of Federal Rule of Civil Procedure 24(a)(2)” and were therefore “entitled to intervene in this litigation.”

“To resolve this case we need not decide whether a presumption of adequate representation might sometimes be appropriate when a private litigant seeks to defend a law alongside the government or in any other circumstance,” Gorsuch wrote in the opinion issued on June 23. “We need only acknowledge that a presumption of adequate representation is inappropriate when a duly authorized state agent seeks to intervene to defend a state law.”

“The Court goes astray by creating a presumption that a State is inadequately represented in federal court unless whomever state law designates as a State’s representative is allowed to intervene, even where the interests that the intervenors seek to represent are identical to those of an existing party,” Sotomayor wrote. “The Court errs by implying that the attorney general’s defense of the constitutionality of the voting law at issue here fell below a minimal standard of adequacy.” 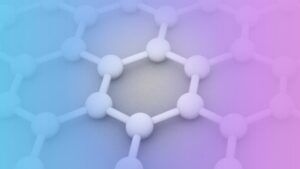