Cruz intentionally loaned his campaign $10,000 over the legal limit to challenge the regulation

The United States Supreme Court ruled against a law that limits the use of election funding to repay candidates who give their campaigns loans using their personal money.

Texas Senator Ted Cruz challenged Section 304 of the Bipartisan Campaign Reform Act that prohibits candidates from using more than $250,000 of post-election funds to repay a candidate’s loan 20 days after the election.

The Biden administration defended the regulation, arguing in court that it prevents the appearance of political corruption within the government. The case is Federal Election Commission v. Ted Cruz for Senate.

In a 6-3 vote released on May 16, the justices found that the regulation “burdens core political speech without proper justification.”

Roberts also wrote that the government failed to prove the loan repayment limit “furthers a permissible anticorruption goal, rather than the impermissible objective of simply limiting the amount of money in politics.”

According to CNBC, Cruz “had purposefully gone above the quarter-million-dollar limit to prompt a legal challenge against the regulation, argu[ing] that the 20-year-old rule violated his free speech rights.”

A lower court in Washington D.C. previously sided with Cruz and found the regulation was unconstitutional.

Political donors are already subject to a $2,900 per-election cap on campaign contributions.

“Repaying a candidate’s loan after he has won election cannot serve the usual purposes of a contribution: The money comes too late to aid in any of his campaign activities,” Kagan wrote. “All the money does is enrich the candidate personally at a time when he can return the favor—by a vote, a contract, an appointment.”

Senate Minority Leader Mitch McConnell supported Cruz’s challenge to the campaign finance regulation. McConnell said in a brief to the court that the loan repayment limit gives an advantage to incumbents who may otherwise be challenged by self-funded candidates. 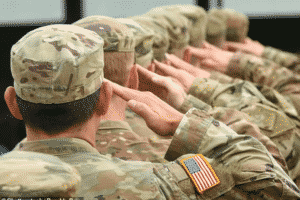