A defamation lawsuit brought against the chief executive officer of My Pillow by Dominion Voting Systems can move forward following a decision from the United States Supreme Court.

Mike Lindell is one of three high-profile figures Dominion has sued, arguing Lindell, Sidney Powell and Rudy Guiliani damaged the company’s reputation by claiming the 2020 election was “stolen.”

Dominion, which is seeking a total of $1.3 billion in damages from the defendants, operates voting machines in 28 states that tabulated votes in 2020.

Lindell had appealed to the Supreme Court to reverse a lower court’s decision to permit the case to go forward. In August of 2021, US District Judge Carl J. Nichols wrote that Dominion had “adequately alleged that Lindell made his claims knowing that they were false or with reckless disregard for the truth.”

The company also said Lindell believed claiming the 2020 election had been subject to voter fraud would be “good for business” because it would appeal to Trump’s supporters. The company pointed out he encouraged the public to buy his products with promotional codes after referencing election fraud.

Nichols denied the motion for dismissal filed by Powell, Guiliani and Lindell in full, allowing the consolidated lawsuit to move forward.

The Supreme Court returned for its first day back in session following the summer recess on Oct. 3. The justices did not offer an explanation and Justice Ketanji Brown Jackson did not participate in the appeal’s consideration.

“In September, a judge in Minnesota declined to dismiss a separate defamation lawsuit by a different voting machine maker, Smartmatic, against Lindell,” reports CBS News. “Smartmatic’s machines were used only in Los Angeles County during the 2020 election.”

Dominion has also filed a $1.6 billion lawsuit against Fox News, alleging the media company also promoted false claims made against the company’s voting machines and the integrity of the 2020 election. Dominion argued in court documents filed in March that Fox “intentionally and falsely” blamed it “for President Trump’s loss by rigging the election.”

“Fox endorsed,  repeated, and broadcast a series of verifiably false yet devastating lies about Dominion,” said the company. “Indeed, Fox knew these statements about Dominion were lies. Specifically, Fox knew the vote tallies from Dominion machines  could easily be confirmed by independent audits and hand recounts of paper ballots, as has been done repeatedly since the election.”

Lindell has denied the defamation allegations.

“Lindell asserts today, as he did throughout the relevant period, that his statements regarding Dominion, its voting machines, and the integrity of the tabulation were, and continue to be, valid, accurate, and true,” his lawyers wrote in court documents, per UPI. 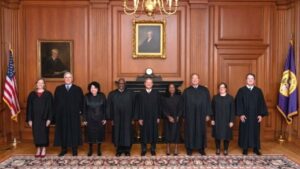