Arizona can enforce a 2021 law that prohibits doctors from knowingly aborting pregnancy exclusively because of genetic abnormalities including Down Syndrome.

The Supreme Court ruled on June 30 that the ban could remain in effect while the law is challenged in court. Arizona Attorney General Mark Brnovich filed an emergency request on June 30 and asked the court to permit the law to be reinstated after being blocked by a lower court judge.

“Every society will ultimately be judged by how it treats its most vulnerable,” Brnovich told Fox News. “I am proud to stand up for Arizona’s law protecting the unborn.”

Senate Bill 1457 makes it a Class 3 felony for doctors to terminate a pregnancy solely because of a fetal abnormality. Any physicians or health care professionals that perform or fail to report an abortion can lose their medical license and be fined $10,000.

The law does grant exceptions for a medical emergency. Arizona Governor Doug Ducey signed the measure into law in April of 2021.

SB 1457 also “requires that fetal remains be buried or cremated, grants civil rights to the unborn and allows the father to bring a civil action on behalf of the fetus,” per NBC News.

“The law of this state shall be interpreted and construed to acknowledge, on behalf of an unborn child at every stage of development, all rights, privileges, and immunities available to other persons, citizens and residents of this state, subject only to the Constitution of the United Staes and decisional interpretations thereof by the United States Supreme Court,” the bill states.

“I am proud to live in a state that values life — all life,” Barto said in a statement in February. “That means we must make these critical fixes to our laws to protect the most vulnerable among us.”

“There are incredible numbers of people that appreciate those children that have come into the world with a genetic abnormality like Down [syndrome] or other serious issues that are genetic,” said Barto, per AP.

The law had been scheduled to take effect on Sept. 29, 2021 but was blocked following a legal challenge from pro-abortion groups including the Center for Reproductive Rights, the National Council of Jewish Women, the National Organization for Women and the Arizona Medical Association.

The lawsuit, which was filed in U.S. District Court in Phoenix, argued that “the law will have a chilling effect on the communications between doctors and patients, preventing physicians from counseling women about a difficult decision” and that “the threat of criminal penalties will discourage abortions for any reason if the doctor has cause to suspect the fetus could have a genetic abnormality,” notes ABC News.

In September, U.S. District Judge Douglas Rayes ruled the law’s criminal penalties were constitutionally vague as it was unclear how to determine if doctors were aware of fetal abnormalities. 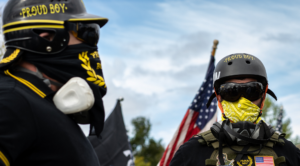