The map had been blocked following allegations of discrimination

A voting map that was blocked by a federal judge in Louisiana for alleged discrimination has been reinstated.

The Supreme Court issued a stay of the lower court’s ruling on June 28 following a 6-3 vote.

Justice Samuel Alito, who oversees the emergency docket for the state, initially received the case’s appeal and referred the matter to the court.

According to Newsmax, “the now-accepted map had retained the GOP’s advantage in five of the state’s six congressional districts, keeping the 2nd District — which stretches from Baton Rouge to New Orleans — as the only majority-black district, and the only congressional area to favor Democrats.”

“The Court concludes that Plaintiffs have demonstrated that they will suffer an irreparable harm if voting takes place in the 2022 Louisiana congressional elections based on a redistricting plan that violates federal law,” Dick wrote in her ruling, per The Hill. “Voting is a fundamental political right, because it is preservative of all rights. Once the election occurs, there can be no do-over and no redress for voters whose rights were violated, and votes diluted by the challenged plan.”

Her decision was appealed by Secretary of State Kyle Ardoin.

The map had been vetoed by Governor John Bel Edwards in March citing the proportion of Black state residents recorded by the most recent Census data.

“This map is simply not fair to the people of Louisiana and does not meet the standards set forth in the federal Voting Rights Act,” Edwards said in a statement, per The Daily Advertiser. “The Legislature should immediately begin the work of drawing a map that ensures Black voices can be properly heard in the voting booth. It can be done and it should be done.”

The stay will remain in effect until the Supreme Court rules on Merrill v. Milligan, where the court is considering if Alabama’s 2021 redistricting plan violated the Voting Rights Act.

In February, the court issued a temporary stay on another lower court ruling that prevented the Alabama map from going into effect. Arguments for the case will be heard on Oct. 4. 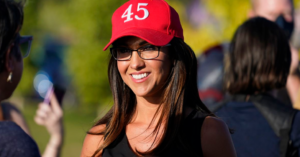