Supreme Court Declines to Hear Case Against Facebook and Dominion

The Supreme Court has declined to hear a case brought on by voters who allege that Facebook and Dominion interfered in the 2020 election.

The petition was filed in September by eight citizens from five different states that participated in the 2020 presidential election.

The petitioners allege that Dominion and Facebook “engaged in concerted action to interfere with the 2020 presidential election through a coordinated effort to, among other things, change voting laws without legislative approval, use unreliable voting machines, alter votes through an illegitimate adjudication process.”

The complaint references the role that “Dominion has played in the creation and perpetuation of concerns regarding ‘vulnerabilities and a lack of transparency in the election technology industry.'”The petitioners allege that there was “unsuitability and vulnerabilities of Dominion’s voting systems—including an allegation that the ‘hundreds of thousands of votes’ were switched in the 2020 presidential election ‘as a result of the systemic and widespread exploitable vulnerabilities’ in the software utilized by Dominion’s voting systems.”

As far as Facebook, Petitioners alleged that “Facebook, under the direction and control of Mr. Zuckerberg, intentionally censored non-offensive, politically relevant, journalistic articles and opinion, posted by users for other users, with the intention to limit the exposure thereof.”

“Facebook, under the control and direction of Mr. Zuckerberg, unconstitutionally relied upon Section 230 to suppress the 1st Amendment rights of others having a different political and cultural ideology than Mr. Zuckerberg, and monoculture of the left-leaning agents and employees of Facebook,” the petition states.

The Hill reports that the case was previously dismissed by the United States Court of Appeals for the 10th Circuit and other lower courts.

The petitioners “allege no particularized injury traceable to the conduct of Defendants, other than their general interest in seeing elections conducted fairly and their votes fairly counted,” Colorado Judge Timothy Tymkovich wrote in his May ruling.

The Supreme Court did not provide a reason for declining the hear the case.

The Justice Department has said that they found no evidence of widespread voter fraud that could have impacted the 2020 election results. 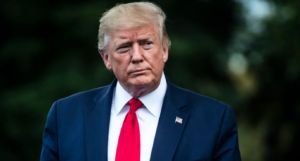