Some clerks are considering hiring outside counsel, according to a new report

Supreme Court clerks are being asked to turn over their cell phone records as part of the official investigation into the leaked opinion that revealed the Court would overturn Roe V. Wade.

A draft of the majority opinion, which was authored by Justice Samuel Alito, was leaked to Politico earlier this month.

According to a report from CNN, officials investigating the incident have asked clerks to turn over their phone records and to sign affidavits. The outlet also reports “Chief Justice John Roberts met with law clerks as a group after the breach… but it is not known whether any systematic individual interviews have occurred.”

Roberts ordered an investigation into the leak on May 3. Gail A. Curley, an Army veteran who served as chief of the National Security Law Division in the office of the Judge Advocate General, is the court’s current marshal and is leading the inquiry.

Some clerks are considering seeking the opinion of outside counsel out of concern over the request.

According to Town Hall, “The fact that the SCOTUS investigation has ratcheted up suggests that the initial investigation didn’t reveal the source(s) of the leak — and that no one has copped to breaching the long-standing integrity of the institution.”

Each justice typically hires four law clerks each year. It is widely speculated that one of the current Supreme Court clerks was responsible for providing the draft opinion to the media.

The leak has been widely denounced as a lasting assault on the judicial branch of the federal government.

“When you lose that trust, especially in the institution that I’m in, it changes the institution fundamentally,” Clarence Thomas said at a speaking engagement in Dallas on May 13. “You begin to look over your shoulder. It’s like kind of an infidelity that you can explain it, but you can’t undo it.”

“Whoever did this … I hope the son of a bitch gets disbarred for life and nobody will hire him,” Jim Ziglar, a former Supreme Court clerk who worked on the Roe v Wade majority opinion in 1976, told The New York Post.

“Since the leak, the high court building has been surrounded by an 8-foot fence, similar to the one that surrounded the U.S. Capitol following the riots on Jan. 6, 2021,” notes The Washington Examiner. “Supreme Court justices have also endured protests outside of their homes since the leaked draft was reported.”

Jonathan Turley, the Shapiro Chair of Public Interest Law at George Washington University, said on Twitter that the person who leaked the document should be more concerned with the affidavit than submitting their phone records.

“After all, the leaker may have avoided using the cellphone or creating digital tracks. The affidavit is a sworn statement to federal investigators,” Turley wrote. “If false, it could constitute a federal crime.”

“If the leaker were to go public or be uncovered in the future, there would be a risk of not simply disbarment but criminal prosecution. Frankly, I am surprised that such affidavits were not required in the first week,” he wrote.

The Court’s current term ends around late June. At least 33 more decisions are expected to be released before the Court breaks for a summer recess. 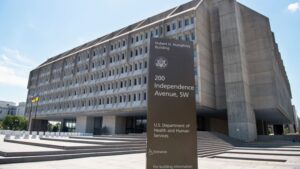