The United States Senate confirmed a new director for the Bureau of Alcohol, Tobacco, Firearms, and Explosives for the first time since 2015.

Steve Dettelbach is a former US attorney general for Ohio and was nominated for the position by President Joe Biden in April.

His nomination was deadlocked in the Senate Judiciary Committee in June, temporarily stalling the confirmation process. Two Republicans — Senator Susan Collins of Maine and Senator Rob Portman of Ohio — ultimately voted to send Dettelbach’s nomination to the chamber’s floor. Collins and Portman also joined Democrats on the July 12 vote and helped confirm the new ATF director in a 48-46 vote.

Senate Majority Leader Chuck Schumer called the seven-year gap between confirmed directors “outrageous at a time when we need one more than ever,” per The Hill.

Dettelbach was Biden’s second nomination for the ATF position. The president withdrew his initial nominee, gun-control advocate and former ATF agent David Chipman, in September. After Republicans mounted a united opposition to Chipman, the Biden administration needed every Democrat and Independent in the Senate to support the nomination. Biden was ultimately not able to win over Maine Senator Angus King, an independent, West Virginia Senator Joe Manchin and Montana Senator Jon Tester.

“He would have been an exemplary Director of the ATF and would have redoubled its efforts to crack down on illegal firearms traffickers and help keep our communities safe from gun violence,” Biden said in a statement, per NPR. “Unfortunately, Republicans in Congress have made clear that they intend to use gun crime as a political talking point instead of taking serious steps to address it.”

During his confirmation hearing in May, Dettelbach vowed to “do everything I can to enforce the law, to respect the Constitution of the United States and to partner with law enforcement to protect the safety and the rights of innocent and law-abiding Americans.”

“Violent crime is increasing. Firearms violence and mass shootings are increasing. Hate crimes and religious violence are increasing, as is violent extremism,” he told the Senate. “I vow if I’m given the privilege of serving as director, to partner with others to advance the cause of public safety and to approach that task, especially here now, with an open heart with open ears and always with an open mind.”

The Biden administration invoked recent mass shootings in Texas and New York after the hearing, urging the Senate to support Dettelbach.

“As we saw with the tragic shootings in Uvalde and Buffalo – where ATF agents have played a key role in the investigations – and with daily gun violence plaguing too many of our communities, now is the time to provide ATF the leadership it needs to redouble its work to enforce our gun laws and make our communities safer,” the White House said in its statement.

“While certainly not a panacea to the gun violence epidemic plaguing our nation, having Mr. Dettelbach at the helm of the ATF will ensure the feds have all hands on deck in the fight to stop gun trafficking, prevent illegal possession of firearms, and make sure our kids can’t get their hands on dangerous weapons,” said Schumer in a statement following the confirmation.

The ATF director became a federal position that requires Senate confirmation in 2016. Since then, B. Todd Jones, who was nominated by President Barack Obama, is the only person to have successfully received confirmation. 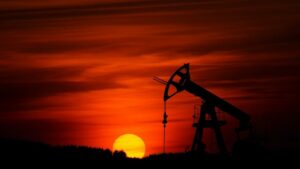