According to a report released on Tuesday, a middle-aged woman is the third patient to be potentially cured of HIV.

The virus has been in remission for four years after receiving a transplant of stem cells harvested from blood in an infant’s umbilical cord.

The case was presented at the Conference on Retroviruses and Opportunistic Infections in Denver. It is the first case involving umbilical cord blood — a newer approach aimed at making the treatment available to more people.

Scientists first reported in 2009 that a man with leukemia, initially known as the “Berlin patient,” had been cured of HIV with a transplant of stem cells resistant to HIV.

In 2019 a similar approach was used in the “London patient,” a man with Hodgkin’s lymphoma. The man was reported to be in HIV remission after a transplant, but the research team did not count him as a previously cured patient.

The latest case is part of a more extensive U.S.-backed study led by Dr. Yvonne Bryson at the University of California-Los Angeles and Dr. Deborah Persaud of Johns Hopkins University. The study was designed to follow 25 people with HIV who underwent a transplant of stem cells taken from umbilical cord blood.

Patients in the study undergo chemotherapy to kill off the cancerous immune cells. Then doctors transplant stem cells from individuals with specific genetic mutations that lack the HIV receptors to infect cells.

Scientists think these individuals then develop an immune system resistant to an HIV infection.

Bone marrow transplants are not yet considered a viable strategy to cure most people living with HIV. However, the report “confirms that a cure for HIV is possible and further strengthens using gene therapy as a viable strategy for an HIV cure.”

The latest patient was diagnosed with HIV in 2013. Four years later, she developed acute myeloid leukemia and received a stem cell transplant to treat both diseases. 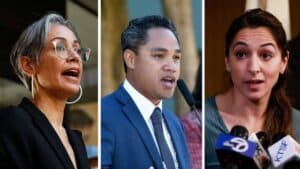