Hillsborough County State Attorney Andrew Warren has responded to his suspension by Florida Governor Ron DeSantis for refusing to enforce the state’s abortion laws and ban on sex changes for minors.

The governor held a press conference on August 4 to announce Warren’s replacement and lay out the reason for the suspension.

Warren responded to the suspension after a press conference about a cold case that his office had recently solved.

According to a report from Florida Politics, Warren, who is a Democrat, said that the suspension came without warning and that he heard that the order “contains a lot of conjecture and lies.”

“I woke up to do my job today, and that’s exactly what I did,” Warren said. “Just based on the Governor’s track record with unconstitutional orders, I have a feeling that this is going to be just as unconstitutional.”

In the order for his suspension, DeSantis pointed out that Warren has signed joint statements with prosecutors from other states vowing not to enforce abortion laws or sex changes for minors, essentially vetoing the state legislature.

DeSantis wrote that “as a result of his open and notorious repudiation and nullification of Florida law, as well as his blatant defiance of the Florida Legislature, Warren can no longer be trusted to fulfill his oath of office and his duty to see that Florida law is faithfully executed.”

For his part, Warren claimed that the office is “protecting people’s rights.”

“We’re protecting people’s rights; we have fought so hard for public safety and fairness and justice. If the Governor thinks he can do a better job, then he should run for state attorney — not President,” Warren said. “The Governor wants to do his sideshow with his cronies. I’m the one who’s upholding the law.”

When questioned about his pledges regarding abortion and sex changes for minors, Warren claimed that his office has not had any of those types of cases brought to them.

“We’ve had none. None of those cases have been brought to us. We’re not anticipating those cases being brought to us,” he said. “You should go ask the Sheriff whether he has had those cases and whether they’re investigating arresting people for that, because when they do, and they bring us a case, we’ll evaluate it.”

Warren also took a jab at the governor, implying that the suspension was a political stunt for presidential aspirations.

“I think the Governor is trying to make a good impression on the Iowa caucus voters,” Warren said.

DeSantis has not announced any intent to run for the presidency, but has not ruled it out, either.

The Florida governor has been surging in popularity nationally within the Republican Party for his bold moves in fighting the culture war.

Former President Donald Trump is still the frontrunner in most hypothetical polls for the Republican primary, though he has not formally announced his bid at this time.

However, DeSantis has been on the rise and when Trump is not on the ballot, the Florida governor takes a clear and decisive lead when voters are presented with other hypothetical candidates. 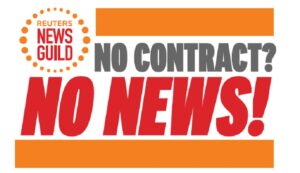