“Squad Reps. Alexandria Ocasio-Cortez, Ilhan Omar, Ayanna Pressley, Rashida Tlaib, Jamaal Bowman and Cori Bush, along with fellow progressives Betty McCollum and Pramila Jayapal, warned House leadership that they would not have their votes if the bill proceeded with the extra $1 billion, according to Congressional aides. This was evidently enough to convince Pelosi and Majority Leader Steny Hoyer to advance the continuing resolution without the aid for Israel,” reports the Times of Israel.

Last night, Democrats caved to The Squad and disarmed Israel of its Iron Dome missile defense.

The House must stand with Israel and restore this vital support of its defense.
https://t.co/Cmf3cXl9VS

“Listening to NPR talking about how the Democratic Party is ‘shifting’ on Israel. Such a tired, lazy take. Democrats believe in a two state future. Always have. If we’re more critical of Israel, it’s [because] their politics have moved, not ours,” tweeted Senator Chris Murphy.

Republican New York Congressman Lee Zeldin voiced his opposition, tweeting: “The Iron Dome exists to defend civilians inside our nation’s great ally, Israel, against offensive air strikes. It’s very telling that the ‘squad’ and their allies despise it so much.” 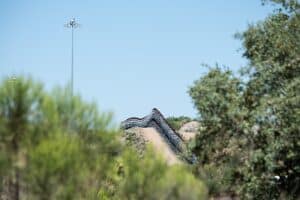