Spotify Will Not Cancel Joe Rogan

‘I do not believe that silencing Joe is the answer,’ said Spotify's CEO Daniel Ek

The memo was first reported by Axios and shared the insights of the CEO after apparent tension with employees of the media company.

Amidst the calls to censor and cancel Rogan, more than 100 episodes of Rogan’s show were removed from the platform, a move that resulted in some confusion. According to the internal memo, removing the episodes was a decision made in conjunction with Rogan.

“There are no words I can say to adequately convey how deeply sorry I am for the way The Joe Rogan Experience controversy continues to impact each of you,” Ek wrote in a memo sent to employees on Sunday. “I think it’s important you’re aware that we’ve had conversations with Joe and his team about some of the content in his show, including his history of using some racially insensitive language.”

“Following these discussions and his own reflections, he chose to remove a number of episodes from Spotify. He also issued his own apology over the weekend.”

“While I strongly condemn what Joe has said, and I agree with his decision to remove past episodes from our platform, I realize some will want more.”

“I want to make one point very clear – I do not believe that silencing Joe is the answer.”

The call to cancel or censor Rogan comes after weeks of controversy surrounding Rogan’s show, Joe Rogan Experience. The controversy began when Rogan presented critical views of the COVID-19 vaccine and national mandates.

Over the weekend, tension increased as a video was circulated containing clips of Rogan using the N-word on various occasions.

Rogan took to Instagram Friday, apologizing and expressing his “deepest, sincerest” apologies. He also called his comments “regretful and shameful.” 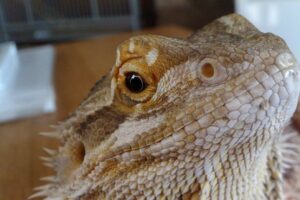