South Korean president Moon Jae-in has asserted that the “time has come” for a ban on the tradition of eating dog meat in the nation.

Approximately one million dogs are estimated to be eaten in South Korea per year, though the practice has become less popular with younger generations.

Moon is a massive dog lover and has called the practice an “international embarrassment,” according to his office.

The two leaders were reportedly discussing plans to improve the handling of abandoned animals and a mandatory registration system for pet canines when the topic came up.

“After the briefing, he said time has come to carefully consider imposing a dog meat ban,” Moon’s spokeswoman Park Kyung-mee said in a statement.

The Guardian reports that “South Korea’s pet industry is on the rise, with a growing number of people living with dogs at home – the president among them. Moon is a known dog lover and has several canines at the presidential compound, including one he rescued after taking office.”

Moon’s dog Tory is the first rescue to live in the Blue House, which is the residence of the President of the Republic of Korea.

South Korean dog meat farms have faced serious criticism internationally for their inhumane treatment of the animals, including hanging, bludgeoning and electrocuting them to death.

Bloomberg reports that “the government is expected to announce new measures as soon as Thursday, according to Edaily. South Korean animal protection laws are intended to prevent cruelty but not dog meat consumption itself, according to Yonhap News Agency.”

Other presidential hopefuls have also vowed to push for a ban, including Lee Jae-myung, governor of Gyeonggi and a leading contender from Moon’s party.

“A poll commissioned by animal welfare group Aware released this month said 78% of respondents believed the production and sale of dog and cat meat should be prohibited and 49% supported a consumption ban,” Yahoo News reports. “But, another survey by polling firm Realmeter found people were divided over whether the government should ban eating dog meat, though 59% supported legal restrictions on dog slaughter for human consumption.” 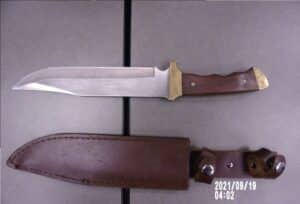