Governor Kristi Noem says she will continue litigation after the federal government denied two requests for a fireworks display at Mount Rushmore to mark the Fourth of July.

After more than a decade without the event, Noem successfully held the patriotic celebration in 2020. Mount Rushmore was closed to the public for the event, which was attended by 7,500 people who had purchased tickets. President Donald Trump attended the event and gave a speech.

Mount Rushmore is the best place in America to celebrate our nation’s birthday — I just wish @JoeBiden could see that. His admin denied our permit application. We will move forward with our litigation and urge the court to help find a speedy resolution.https://t.co/bEDbHlSJDO pic.twitter.com/L9vMluI7VO

In a March 14 letter, the U.S. Department of Interior told the South Dakota Department of Tourism that the event would not be “safe and responsible.”

“After careful consideration, the NPS has determined that we are unable to grant your request for this permit to hold a special event with fireworks at the Memorial,” wrote Mount Rushmore National Memorial Superintendent Michelle Wheatley. “Based on the information provided in the application, we have determined that multiple such criteria are present for the requested event, each of which would be independently sufficient to deny the request for a permit.”

The Parks Service said Native American tribes had expressed concerns that the fireworks could have detrimental effects on the “traditional, cultural landscapes.”

Wheatley also wrote, “While current trends indicate COVID is not a factor in denying the permit, it remains a source of uncertainty.”

Noem voiced her displeasure with the Biden administration in a statement released on March 15.

“NPS announced this denial less than 24 hours after we reminded the court that this year’s permit application was still pending,” said Governor Noem. “Many of the reasons presented for their denial have been previously addressed, indicating that these reasons are not in good faith. We will move forward with our litigation and urge the court to help us come to a speedy resolution.”

The governor also said that though the Mount Rushmore display was being blocked for the second year in a row, the White House had not canceled its planned Fourth of July firework display.

“Last year, the President hypocritically held a fireworks celebration in Washington, D.C., while denying us our own event. This year, it looks like they are planning to do the same,” Noem said.

On Twitter, Noem quoted Ukrainian President Volodymyr Zelensky, who praised the monument as a symbol of Democracy and American values.

Zelensky reminds us of what Mount Rushmore represents to the world… FREEDOM.

President Biden should honor that same symbol of Freedom by celebrating our birthday with fireworks at Mount Rushmore. pic.twitter.com/knM74w6kTR

The Governor’s office noted that the holiday fireworks display was part of a 2019 agreement Noem signed with the U.S. Department of Interior under the Trump Administration to bring back the event which had been previously terminated in 2009. 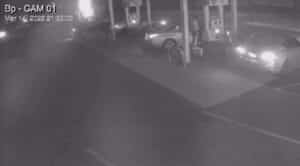