South Carolina Debates Near-Complete Abortion Ban, With Exception Only in Cases to Save the Life of the Mother (VIDEO)

A panel of South Carolina lawmakers voted 3-1 to send a near-total abortion ban to the House Judiciary Special Laws Subcommittee on Tuesday.

Rep. Spencer Wetmore, the only Democrat on the subcommittee, voted against the ban and spoke at length about her opposition.

Subcommittee votes 3-1 to adopt the panel’s earlier recommendations + advance them for the full Judiciary to consider later today. Rep. Spencer Wetmore, the only Democrat on the subcommittee, voted against after speaking at length against the recs and her own pregnancy challenges pic.twitter.com/lTMlvuxcMh

Rep. Wetmore argued that the legislation would leave “doctors scared to practice; women scared to start families because they are worried this state will criminalize them if they have a miscarriage or worse leave them bleeding out in an emergency room while a hospital’s attorney decides whether the doctors can help.”

Abortion is already banned at the point of fetal cardiac activity in the state, which occurs at approximately six weeks of pregnancy. The state had the law set in place to go into effect if the Supreme Court overturned Roe v. Wade, which it did in June.

The new proposed restrictions would ban abortion entirely, except to save the life of the mother. There would be no exceptions for rape or incest.

“Some Republicans, especially in the South Carolina Senate, have said they aren’t sure they want to go any farther than the current law that prohibits abortions after cardiac activity is detected in the fetus, typically around six weeks after conception,” according to a report from the Press-Herald. “They said a vote in Kansas preventing lawmakers from seeking more restrictions and other developments have them reassessing whether a total ban is a good idea right now.”

Kansas became the first state to hold a vote on abortion earlier this month.

The vote was for a constitutional amendment that would remove language that protects abortions in the state. If passed, it would have handed the issue of abortion laws to the state’s Republican-controlled Legislature. 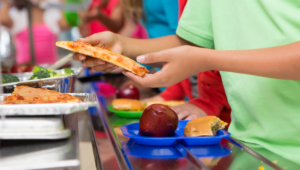