The incumbent Republican's opponent nabbed about 51% of the vote

Voters in South Carolina decided United States Representative Tom Rice will not get a chance to run for a sixth term in office.

Rice was defeated by state Representative Russell Fry during the June 14 primary.

The incumbent Republican fell out of favor with President Donald Trump when he voted for the president’s impeachment.

In a statement in January of 2021, Rice said he wasn’t sure if Trump’s speech on Jan. 6 “amounted to incitement of a riot” but denounced Trump for not publicly addressing the nation “to ask for calm,” for not visiting “the injured and grieving,” and for “not offer[ing] condolence” during the week after the incident.

“I have backed this President through thick and thin for four years,” he added. “I campaigned for him and voted for him twice. But, this utter failure is inexcusable.”

Rice defended his vote as the “conservative vote.”

“I did it then. And I would do it again tomorrow,” the congressman said during a June interview with ABC News. He noted he had voted with Trump 169 times out of 184.

At a rally in March, Trump, in turn, called Rice a “disaster” who is “respected by no one” and “laughed at in Washington.”

The former president endorsed Fry, who secured about 51% of the vote in District 7. The 37-year-old was the South Carolina Republican Party’s legislative whip. He was first elected to the state’s house following a special election in 2015. Fry has vowed he will “stand alongside” Trump and said he would not have voted for impeachment, per The Sun News.

Rice reportedly called Fry to concede the race and congratulate him just before 11 P.M. on the night of the primary.

One other congressional district in South Carolina was expected to be heavily swayed by Trump’s influence.

Arrington was placed on leave in May of 2021 after being suspected of leaking classified intel. At the time, she was serving as the Chief Information Security Officer for the Pentagon’s Office of the Under Secretary of Defense for Acquisition and Sustainment. Arrington announced her Congressional campaign shortly after she resigned in February, per WCBD Charleston.

Mace “successfully argued that she was both a ‘constitutional conservative,’ and better equipped to preserve GOP control over the politically diverse district,” reports HuffPost.

Trump had endorsed Mace during her initial bid for office in 2020. After the incident at the Capitol on Jan. 6, she criticized the president for his alleged role.

“My life was threatened because of the words and actions of the President. Words have consequences,” Mace wrote in leaked text messages to a supporter reported by Breitbart.

In February, Mace recorded a video outside of Trump Tower expressing her support for Trump and denouncing House Speaker Nancy Pelosi.

“I won this seat back for republicans in 2020. If you want a Republican majority to thwart the radical, far-left, D.C. Democrat agenda, then we’ve gotta keep this seat in Republican hands,” she said. “We gotta get a majority back.”

Mace voted against Trump’s impeachment. On June 13, she won about 53% of the votes to Arrington’s just over 45%.

Rice was one of 10 Republicans who voted to impeach Trump for allegedly inciting an insurrection. 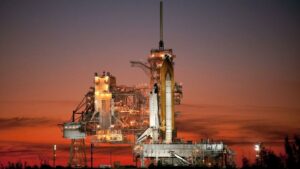