Some States Will Offer Stimulus Checks for Inflation

Many states across the U.S. are proposing sending tax rebate checks to residents to offset the highest inflation in four decades.

The COVID-19 pandemic destroyed many local economies as businesses closed and people lost jobs. However, as cities have begun to return to everyday life, local economies have grown despite the surge of inflation that has hit almost every sector of our nation’s economy.

According to a recent Urban Institute report, from April 2021 to January 2022, total state tax revenue increased more than 19% compared to the same period just one year earlier.

Now, some state governments are proposing tax rebate checks to put money back into consumers’ wallets.

Rebate checks won’t fully cover the increased costs that most Americans face as inflation reaches a 40-year high. The average family will spend an estimated $2,000 more this year due to higher gas prices alone.

Here is a look at the states who are proposing or sending a stimulus to their residents:

Governor Janet Mills from Maine has proposed sending checks of $850 to each resident to offset inflation. The rebate “will help Maine people grapple with these increased costs by putting money directly back into their pockets,” Mills said.

Governor Tim Walz has released a proposal for income tax rebate checks of $1,000 per couple.

Governor Phil Murphy has proposed checks of up to $500 to about 1 million families.

Governor Gavin Newsom proposes sending direct payments of $400 per vehicle to state residents, with a cap of two vehicles.

On Wednesday, Georgia Governor Brian Kemp signed a law to send $250 to people who filed as single taxpayers, $375 to head of household, and $500 for married couples filing jointly. He said in a statement he hopes to ease the impact of inflation on household budgets and return some money amid a record state budget surplus.

Governor David Ige proposed sending $100 to each taxpayer and their dependents, which means $400 for a family of four.

Governor Brad Little signed a bill that will apply up to 12% of an individual’s 2020 Idaho income tax return, or $75 for each taxpayer and dependent — whichever is the more significant amount. That means a family of four could receive at least $300.

According to the IndyStar, residents of Indiana will receive $125 each after they file their taxes in 2022 due to higher-than-projected tax revenue.

According to Bloomberg News, Governor Kathy Hochul is proposing a property tax rebate of about $970 for homeowners outside of New York City.

Virginia is expected to pass tax relief in the form of a rebate check. According to news site Wavy, the rebate would either send $250 or $300 for each individual and $500 or $600 to married couples. 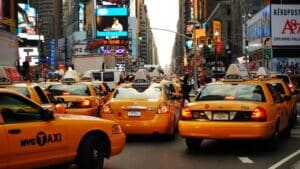