On Tuesday, NATO Secretary-General Jens Stoltenberg said he is cautiously optimistic after Moscow signaled a willingness to discuss a resolution to the crisis in Ukraine. The desire to continue the talks was paired with a drawdown on Russian troops as some forces returned to base.

However, the NATO chief also said he does not see any indicator of a Russian de-escalation at the border.

“There are signs from Moscow that diplomacy should continue,” said Stoltenberg. “There are grounds for cautious optimism. So far, we have not seen any sign of de-escalation on the ground.”

On Tuesday, the ministry’s chief spokesperson, Major General Igor Konashenkov, said forces in Belarus — which neighbors nearby Ukraine — had completed their training drills.

“As the forces complete their military exercises, they will, as always, complete a multimodal march back to their permanent bases,” Konashenkov said. “The divisions of the South and West Military Districts have finished their tasks and have already begun loading the rail and automobile transport, and today will begin moving back to their military garrisons.”

Russian President Vladimir Putin said Monday that he was receptive to diplomacy to resolve the crisis. The tension arose as Ukraine has considered joining the NATO forces, something Russia has opposed.

On Tuesday, Putin also met with German Chancellor Olaf Scholz in the Kremlin. Scholz is the most recent world leader to engage the Russian president in an effort to de-escalate the potential of a military conflict between Russia and Ukraine.

U.S. officials said this week that Putin has prepared to launch a significant attack within days if he chooses to do so.

“We have not seen any de-escalation on the ground, no signs of reduced Russian military presence on the border with Ukraine,” Stoltenberg said Tuesday. He said NATO is awaiting indicators that more significant numbers of Russian troops have withdrawn from the border and heavy equipment is removed as a sign of real de-escalation.

Julianne Smith, the U.S. representative to NATO, said the United States has received reports of Russian pullbacks, but leaders must “verify if that is in fact the case.”

“These reports just came out,” she told reporters in Brussels. “We will assess the situation, we will work to try to verify, and we will go from there.” 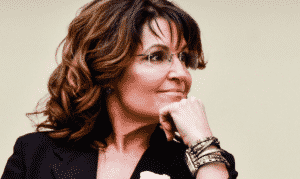